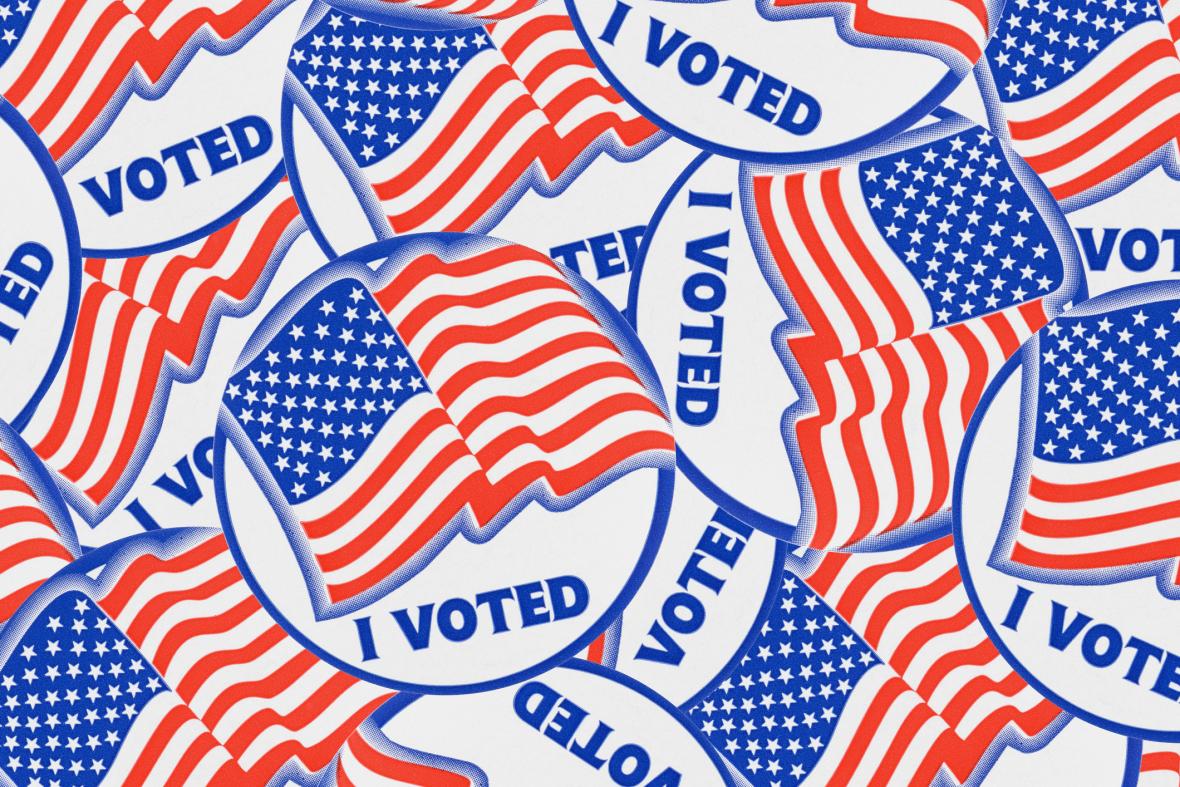 The right to vote in a free and fair election is the most basic civil right, one on which many other rights of the American people depend.

Congress and the states should guarantee that every eligible individual is able to vote and that no one’s vote is stolen or diluted.

Voter fraud is real and hundreds of convictions have been made and documented.

Preserving the great experiment that is the American republic is dependent upon free and fair elections. When  selecting a city councilor or the president of the United States, every American must be able to trust the process and the result, or the democratic system itself breaks down.

Election integrity is essential and the security of the ballot box cannot be left to a simple honor system.. It is incumbent upon state governments to safeguard the electoral process, and ensure that every voter’s right to cast a ballot is protected.

The history of voting in the United States

Contrary to the claims of many liberals, the problem of voter fraud is as old as the country itself. As the U.S. Supreme Court noted when it upheld Indiana’s voter identification law, “flagrant examples” of voter fraud “have been documented throughout this Nation’s history by respected historians and journalists.”

Attempts to commandeer election results have been documented dating back to the 19th century, when New York City’s infamous Tammany Hall was synonymous with political corruption and election fraud. In one New York election 1844, 55,000 votes were recorded even though there were only 41,000 eligible voters. Decades later, these efforts have continued  and determined fraudsters have become only more creative in their efforts to fix the outcome of elections.

There are many ways for criminals to steal votes and change the outcome of an election. These include:

Liberal groups often claim that known instances of voter fraud are inconsequential when compared to the total number of ballots cast in American elections. However, as the National Commission on Federal Election Reform has stated, the problem “is not the magnitude of voter fraud. In close or disputed elections, and there are many, a small amount of fraud could make the margin of difference.” The U.S. Supreme Court has concurred with this assessment, noting that known instances of fraud “demonstrate that not only is the risk of voter fraud real but that it could affect the outcome of a close election.”

Indeed, recent elections bear this out. In 2015, a city council election in the New Jersey town of Perth Amboy was decided by a mere 10 votes. A judge overturned the election and ordered a new one after it was revealed that at least 13 illegal absentee ballots had been cast. The 2003 mayoral primary in East Chicago, Indiana, was overturned by the state Supreme Court after evidence of widespread fraud was revealed. The new election resulted in a different winner. Numerous convictions for election fraud resulted from this election, and are documented in The Heritage Foundation’s Voter Fraud Database.

Who is responsible for ensuring the integrity of elections?

Each state is generally responsible for the administration of its own electoral systems, including elections for federal office. State governments must take this responsibility seriously and adopt policies sufficient to secure their elections against fraud, including efforts by noncitizens to vote, and by citizens registered in multiple states.

The Heritage Foundation has outlined several policies states should adopt, including requiring government-issued identification and proof of citizenship to vote. States should enter into interstate voter registration crosscheck programs to identify voters registered in multiple states. They should verify the accuracy of their voter registrations, by comparing voter rolls with jury forms, DMV files, and other government records to identify noncitizens so that they can be removed from voter rolls. The federal government should cooperate with state efforts to clean up their registrations, and make Department of Homeland Security and other databases available to state officials for this purpose.

In recent years, some proactive secretaries of state across the country have taken the lead in securing American elections. Kansas’ Interstate Voter Registration Crosscheck Program has identified hundreds of thousands of potential duplicate registrations in the 30 states participating in the initiative, as well as evidence of double voting. At the same time, more states have passed voter ID laws to detect and deter fraud.

There are now 34 states that have laws requiring voters to show some form of identification at the polls, although not all require photo identification or proof of citizenship. A small number of states have extended that ID requirement to absentee ballots, a requirement that all states should implement.

Examples of election fraud cases across the country

Heritage’s Voter Fraud Database contains a sampling of voter fraud cases from across the country, all of which have resulted in either a criminal conviction or an overturned election. The Heritage Database is not representative of the full scope of the problem. Unfortunately, too often voter fraud goes undetected, and when it is discovered, overburdened prosecutors seldom prioritize these cases.

Here are 11 examples from the database:

An estimated 100,000 fraudulent ballots were cast in a 1982 Chicago election. After a Justice Department investigation, 63 individuals were convicted of voter fraud, including vote buying, impersonation fraud, fictitious voter registrations, phony absentee ballots, and voting by non-citizens.

After an extensive investigation of absentee ballot fraud in a 1994 Greene County, Alabama, election, nine defendants pleaded guilty to voter fraud, and two others were found guilty by a jury. The defendants included Greene County commissioners, officials, and employees; a racing commissioner; a member of the board of education; a Eutaw city councilman; and other community leaders. Among other things, the conspirators used an assembly line to mass produce forged absentee ballots meant to swing elections in favor of preferred candidates.

Allan “Twig” Simmons, an operative for the East Chicago, Indiana, mayor’s campaign, persuaded voters to let him fill out their absentee ballots in exchange for jobs. He pleaded guilty and was sentenced to three years of probation and 100 hours of community service. Fraud in the 2003 East Chicago mayoral primary was so widespread that the Indiana Supreme Court ultimately overturned the election results and ordered a special mayoral election that resulted in a different winner.

Six Democrats from Lincoln County, West Virginia, pleaded guilty to charges of participating in a conspiracy to buy votes dating back to 1990. The indictment charged that the cabal conspired to buy votes in every election held between 1990 and 2004, handing out slates listing preferred candidates and using liquor and cash—typically $20 per vote—to seal the deal. They also laid gravel on roads for supporters and fixed traffic tickets.

East St. Louis, Illinois, precinct committeemen Charles Powell, Sheila Thomas, Jesse Lewis, and Kelvin Ellis, as well as precinct worker Yvette Johnson, were convicted of conspiracy to commit election fraud after participating in vote buying activities in the 2004 election, including submitting budgets that would allow city funds to be used to pay voters to vote for Democrat candidates.

ACORN workers in Seattle, Washington, committed what the secretary of state called, “the worst case of voter registration fraud in the history of the state of Washington.” The group submitted 1,762 fraudulent voter registration forms. The group’s leader, Clifton Mitchell, was convicted of false registrations and served nearly three months in jail. Four other ACORN workers on his team also received jail time, and ACORN was fined $25,000 to cover the cost of the investigation.

Paul Schurick, former campaign manager to Maryland Gov. Robert Ehrlich, a Republican, was convicted of election fraud after approving a robocall to black voters telling them not to vote because the Democrats had already won the 2010 gubernatorial election. A circuit court judge spared Schurick jail time, opting to sentence him to 30 days’ home detention, four years of probation, and 500 hours of community service.

Robert Monroe, identified by prosecutors as the worst multiple voter in Wisconsin history, pleaded no contest to charges that he voted more than once in 2011 and 2012. Monroe’s record was extensive: he voted twice in the April 2011 Wisconsin Supreme Court election, twice in the 2011 recall election of state Sen. Alberta Darling, and five times in Gov. Scott Walker’s recall election. He also cast an illegal ballot in the August 2012 primary, and voted twice in the 2012 general election.

While running for re-election, Martin, Kentucky, Mayor Ruth Robinson and a cabal of co-conspirators targeted residents living in public housing and in properties Robinson owned, threatening to evict them if they did not sign absentee ballots that Robinson and her family had already filled out. Robinson also targeted disabled residents, and offered to buy the votes of others. She was convicted and sentenced to serve 90 months’ imprisonment.

Rosa Maria Ortega, a non-citizen, was found guilty on two counts of voter fraud for voting in the November 2012 general election and the 2014 Republican primary runoff. Ortega claimed she thought she was a citizen, and blamed her lack of education for the mix-up, but prosecutors pointed out that Ortega had previously indicated on a driver’s license application that she was a non-citizen. A judge sentenced her to eight years’ imprisonment, after which she faces the possibility of deportation.