Critical race theory is a racist, anti-American ideology based on the idea that everything in life is connected to racism and power—that all white people are oppressors, all minorities are the oppressed, and virtually all institutions in America exist to keep white people on top.

In efforts to stop the insidious tenets of CRT from being taught in K-12 schools around the United States, The Heritage Foundation crafted model legislation that states can adopt that prohibits compelled speech and protects teachers and students from CRT's prejudice.

This week, Mississippi Gov. Tate Reeves signed a bill that rejects the application of CRT in the classroom and uses Heritage’s recommended language.

“In too many schools around the U.S., CRT is running amok. It threatens the integrity of education & aims only to humiliate and indoctrinate. That’s why I signed legislation that will help keep CRT where it belongs—out of [Mississippi] classrooms,” tweeted Reeves.

In too many schools around the US, CRT is running amok. It threatens the integrity of education & aims only to humiliate and indoctrinate.

That’s why I signed legislation that will help keep CRT where it belongs – out of MS classrooms.

Lawmakers in Arizona, Georgia, South Carolina, and several other states are also working on bills that use Heritage’s model legislation or core ideas from it.

The bill that Reeves signed was drafted by state Sen. Michael McLendon. He announced his intention to draft the legislation at a talk on CRT given by Heritage Senior Fellow Mike Gonzalez after the two met and discussed CRT the night before.

“I’m very proud that we are helping to protect teachers and students from racial prejudice,” said Jonathan Butcher, Heritage’s Will Skillman fellow in education. “No teacher or student should be forced to affirm an idea that violates their conscience—or that violates federal law.”

He added, “Critical race theory is not just a certain perspective educators can use when teaching history. The theory advocates, at its very core, for racial bias. Those who believe in and advocate for the theory are advocating for prejudice. The American dream belongs to all of us, and theorists are denying children the chance to pursue this dream when they apply critical race theory in classrooms."

Gonzalez said that CRT strongly advocates for a return to race-based legislation and policy-making, an approach that failed the country and that we decided to abandon with the signing of the Civil Rights Act of 1964.

“State-sanctioned racial discrimination has no place in Mississippi classrooms and we are proud to support the elected officials who worked tirelessly to rid classrooms of this dangerous, radical ideology,” said Executive Director Jessica Anderson.

Heritage has also created the “Critical Race Theory: Legislation Tracker,” an interactive map that allows Americans to see what CRT legislation is pending in their state. The map also includes news and analysis about states without legislative proposals. 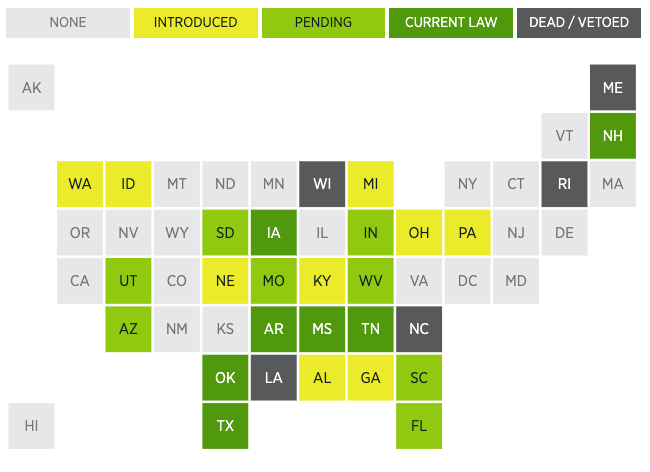 To learn more about how Heritage is fighting CRT, click here.