Mary Clare was a policy analyst at The Heritage Foundation.

Recent riots and vandalism taking place across the country have caused many to scrutinize what students are being taught in colleges.

Winding down the federal student loan program to make space for private lending to reemerge would better serve students while also protecting taxpayers.

Americans should demand better from their universities. Recent riots and vandalism taking place across the country have caused many to scrutinize what students are being taught in colleges. That scrutiny has even reached the White House.

Last week, President Donald Trump tweeted out a possible answer to the growing tensions and illiberal civic education in the ivory tower:

Too many Universities and School Systems are about Radical Left Indoctrination, not Education. Therefore, I am telling the Treasury Department to re-examine their Tax-Exempt Status...

Removing the tax-exempt status of American colleges and universities is an idea that has been suggested by some segments of the policy sphere. One sympathizes: A 2020 study by The Harvard Crimson found substantial political homogeneity among the professoriate. 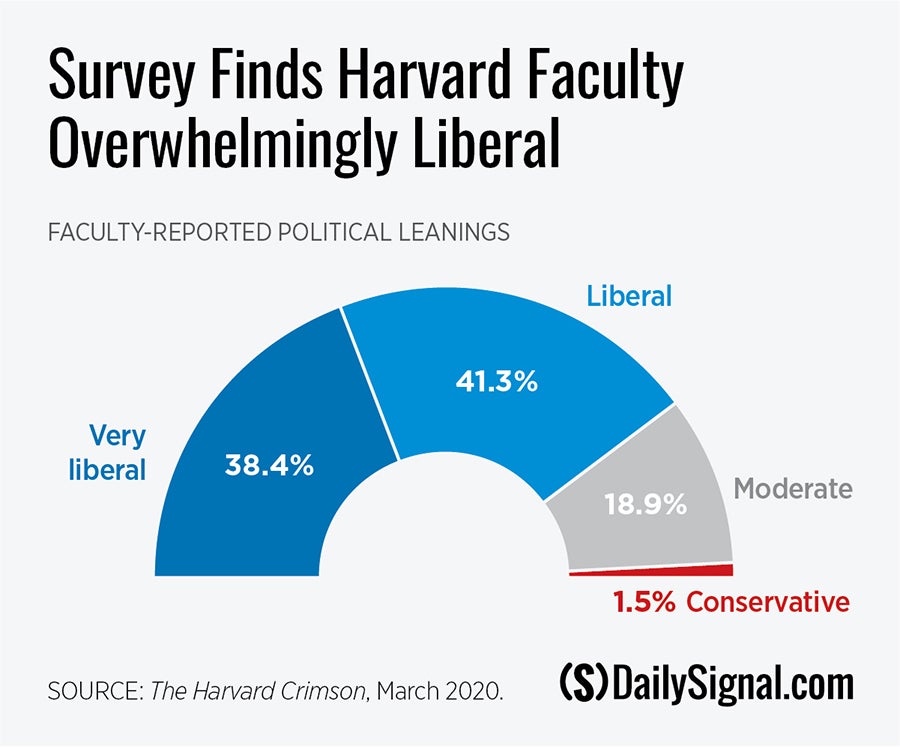 Nationally, liberal professors outweigh conservative professors 6 to 1. As troubling as that ratio may seem, it pales in comparison to the one-sidedness found among college administrators, who have an outsized influence on campus culture and student life.

Having recently surveyed the political leanings of college administrators, Samuel H. Abrams, a visiting scholar at the American Enterprise Institute, found that liberals outweigh conservatives 12 to 1.

These are not, however, recent developments. As Arthur Milikh of the Claremont Institute recently wrote in National Affairs:

America’s universities have been progressivism’s most important asset, its crown jewel. For over half a century, they have served as the left’s research and development headquarters and the intellectual origin or dissemination point for the political and moral transformation of the nation, especially through the sexual revolution and the identity-politics revolution. Universities have trained the new elites who have taken society’s helm and now set its tone through the other institutions thoroughly dominated by the left: the mainstream press, mass entertainment, Fortune 500s, and tech companies.

That college professors lean left is nothing new. But it is the striking environment of illiberalism, such as hostility toward freedom of speech, that is now largely driving calls to reexamine taxpayer support of these institutions.

Indeed, while our institutions of higher education were once more focused on open academic inquiry and freedom of expression, today they are defined more by their restrictions on free speech than their commitment to it.

As the Foundation for Individual Rights in Education stated, “The threat of discipline for speech, research, and publication that is subjectively deemed ‘racist’ by a committee of ideologically motivated Princeton faculty is an anti-intellectual, frontal assault on free speech and academic freedom at Princeton that would shut down entire avenues of inquiry, research, and discussion.”

Or consider how many speakers are shouted down or banned from campus after leftist protestors make free speech and honest debate impossible.

Conservative author Heather Mac Donald faced raucous protests when she visited my alma mater, the College of the Holy Cross, for correctly telling students that they were not oppressed, but rather, privileged recipients of an elite higher education.

However, reducing the financial power universities have to engage in “indoctrination, not education,” as the president said, must start with the federal student loan program.

The federal student loan program created under President Lyndon Johnson has underwritten the proliferation of women’s studies, grievance studies of various stripes, degrees steeped in critical theory, and a network of colleges that export leftist ideology into the K-12 classroom.

In addition to funding an increasingly politically and philosophically homogenous system of higher education, massive federal subsidies also support administrative bloat. Every university now has countless administrators whose jobs have nothing to do with academics. Moreover, it is difficult to discern what these administrators actually do.

These administrators often make up university departments of diversity and inclusion, whose primary purpose is to rid universities of any opinions that challenge progressive orthodoxy. The cultural affect this has on college campuses cannot be overstated.

With left-leaning authority figures setting the rules of discourse in and out of the classroom, higher education is unwelcoming, even hostile, to those who avoid groupthink. American taxpayers should question whether or not their investment in the federal student loan program—which props up the vast majority of schools across the country—is a worthy one.

At the same time, federal student loans have fueled rampant tuition inflation, making students dependent on taxpayer-funded loans in order to pay for what was once affordable. Schools can then get away with charging ridiculously high tuition without fear of losing students.

Cutting off the open flow of federal aid would reduce costs and hold universities accountable for what happens on campus. It would go much further than simply removing their tax-exempt status.

Winding down the federal student loan program to make space for private lending to reemerge would better serve students while also protecting taxpayers. And, at the end of the day, the purpose of higher education is not to recruit students to fight a culture war, but to help them pursue truth and achieve the American dream.

The president’s sentiment is absolutely correct: American colleges and universities have become recruiting grounds for political and cultural upheaval, not workforce development or intellectual growth. This was not the deal Americans signed up for.

However, rather than reexamining their tax-exempt status, a better and more effective approach is to dismantle the federal student loan program that fuels higher education’s deepest problems.

Who Will Raise Children? Their Parents or the Bureaucratic Experts?