Last November, the Secretary of the Navy sought to address this by resurrecting the defunct First Fleet and basing it at the crossroads of the Indo-Pacific.

RSVP below for virtual event information.

RSVP for this Event

Thank You. Your form has been submitted. 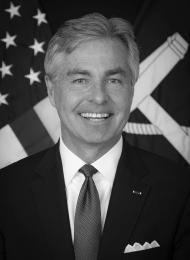 As the Chinese Navy has rapidly grown, so too has its Coast Guard and Maritime Militia. This places added stress on the U.S. Navy to uphold a rules-based order, while our regional partners struggle to secure their own waters.

Last November, the Secretary of the Navy sought to address this by resurrecting the defunct First Fleet and basing it at the crossroads of the Indo-Pacific. One would be forgiven in assuming the idea passed with the outgoing administration, but the facts on the ocean have made the idea a continuing priority. The Biden Administration’s recently-released interim national security strategic guidance makes a strong case for enhancing existing alliances and seeking new partners in the contest with China, and the Commander of the Pacific Fleet recently acknowledged an ongoing review of the idea.

As the season for a new South China Sea crisis approaches, there is no better person to assess the idea of a new First Fleet than the man who suggested it in the first place – Ambassador Kenneth Braithwaite, the 77th Secretary of the Navy.

U.S. Leadership Needed in Defense of Ukraine and Transatlantic Security

Economic Statecraft and Security Interests Can Save U.S.-Philippines Alliance