The Future of the U.S. Aircraft Carrier: Fearsome Warship or Expensive Target?

December 11, 2018 The Future of the U.S. Aircraft Carrier: Fearsome Warship or Expensive Target?

Over 70 years ago, U.S. Navy aircraft carriers supplanted battleships as preeminent warship with their ability to strike enemy warships or land targets hundreds of miles away. 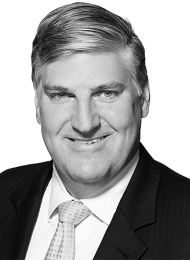 Over 70 years ago, U.S. Navy aircraft carriers supplanted battleships as preeminent warship with their ability to strike enemy warships or land targets hundreds of miles away. Since World War II, U.S. aircraft carriers and the carrier air wing have operated relatively unthreatened, providing unrivaled air support and power projection capability in every U.S. conflict. Recently, an increasing number of critics are predicting the end of the aircraft carrier era. They cite the growing threats from anti-ship missiles, such as China’s DF-21D “carrier killer”; the proliferation of increasingly quieter attack submarines; and advanced integrated air and missile defense capabilities. They also argue that current carrier strike fighter aircraft and their weapons lack sufficient range to engage targets in a denied/degraded environment. Aircraft carrier proponents argue that a modern U.S. supercarrier uniquely provides a globally deployable U.S. airfield that can rapidly respond to emergent crises and does not depend the approval of any host nation. While they acknowledge the increased threats to the carrier strike group and its air wing, they argue that introduction of the fifth generation F-35, long-range unmanned carrier-based tankers, advanced weapons and electronic warfare systems, and the employment of new operational tactics will enable the aircraft carrier to remain relevant for the foreseeable future. Can the new USS FORD-class aircraft carrier and a modernized carrier air wing provide effective sea-based power projection against near-peer competitors like Russia and China, should the U.S. Navy develop smaller aircraft carriers with new weapons systems and carrier aircraft to meet these 21st Century threats, or should the U.S. move on from the aircraft carrier?

How Much Further Can the Army Be Cut?