POSTPONED: The Future of Criminal Justice Reform: Prospects for Reform in the 115th Congress

October 23, 2018 POSTPONED: The Future of Criminal Justice Reform: Prospects for Reform in the 115th Congress

Due to unforeseen scheduling conflicts, this program has been postponed until further notice. 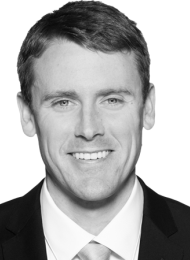 When President Donald Trump was elected, notwithstanding successful criminal justice reform efforts at the state level, many answered those questions nil, not enough, and no. Yet members of Congress have introduced bills addressing prison, sentencing, and mens rea (“criminal intent”) reform, among other issues. In May, the House passed a prison reform bill that is now pending before the Senate and appears to have support from the White House. Join us as our panelists discuss the potential path forward on these important issues.

An Honest Conversation About Jacob Blake, Noncompliance, and Policing Reform

Restoring Justice for All in America’s Criminal Justice System

A Common-Sense Decision on Felon Voting in Florida