Blueprint for Balance: A Federal Budget for FY 2020

Blueprint for Balance: A Federal Budget for FY 2020

The Blueprint for Balance provides more than 250 specific, actionable proposals to rein in spending, reform taxes, and right-size the federal government. The Blueprint is an essential tool for helping the American people to better understand our fiscal challenges, hold lawmakers accountable for action and inaction on the budget, and for lawmakers and their staffs to pursue reforms and put the budget on a sustainable fiscal course. It presents the depth and scope of Heritage Foundation researchers’ recommendations that, if implemented, would lead to a freer and more prosperous nation, with opportunity for all.

Balances the Budget While Reducing Taxes

In total, the Blueprint would reduce spending by $10.8 trillion over 10 years and eliminate deficits by 2029. It does this while permanently extending the Tax Cuts and Jobs Act of 2017, reducing taxes by $800 billion. Using dynamic modeling, the Blueprint balances in six years.

Tens of trillions in unfunded obligations threaten younger generations with massive tax increases and unfair debt burdens. This Blueprint would modernize Medicare, give states greater flexibility in administering Medicaid, and make commonsense Social Security reforms to protect seniors and those with disabilities from falling into poverty while accounting for increases in life expectancy.

Grows the Economy Faster Than the Debt

The Blueprint would reduce debt held by the public by $9.9 trillion over 10 years, when compared to current projections. Measured as a share of the economy, debt would fall from 77.8 percent in 2019 to 60.6 percent in 2029. In contrast, without reforms, debt would rise to 92.7 percent of the economy in 2029 and continue to increase from there.

Advances the Work of Tax Reform

The U.S. tax code’s complexity and structure harm economic growth. The 2017 tax reform has begun to address the problems, but much work remains. The Blueprint would make individual tax cuts permanent, expand the ability of businesses to fully expense their investments, and eliminate 29 tax subsidies.

The federal budget should reflect the values of the American people within the constraints of constitutional government. It should illustrate a commitment to individual rights and a robust civil society. The Blueprint provides Congress with specific legislative riders to advance these conservative goals.

The Blueprint takes immediate steps toward implementing change in the budget process, making commonsense recommendations, such as eliminating well-known gimmicks, reducing spending on unauthorized programs, improving accountability and transparency in the federal budget, and limiting abuses of emergency and disaster funding. 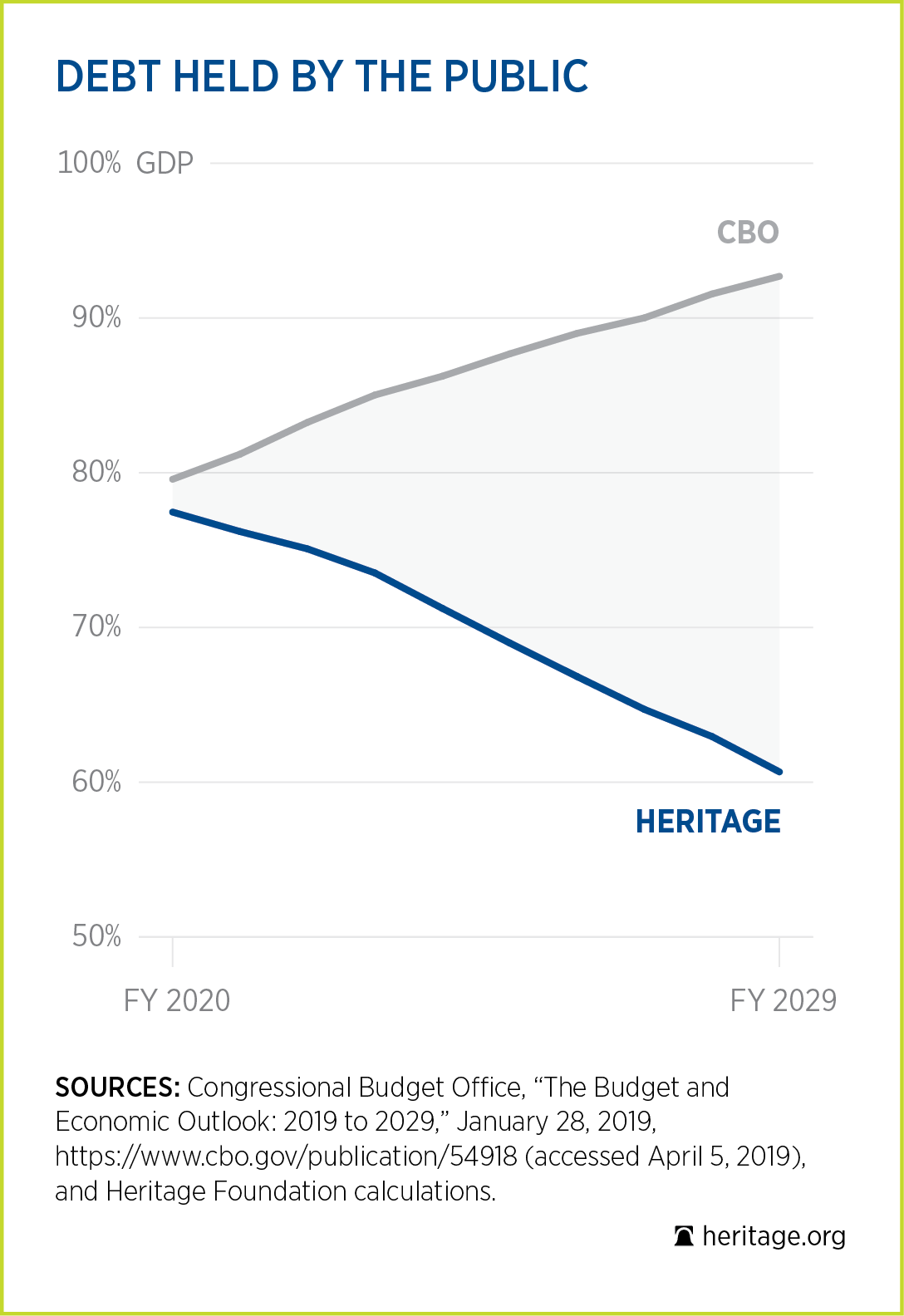