A bill for surface transportation, the authorization of which is currently set to expire at the end of fiscal year 2020, could be the only significant non-appropriations legislation that Congress passes this session. President Trump and congressional leaders have discussed the possibility of a $2 trillion package that would also address other types of infrastructure. Increasing federal taxes and spending in an attempt to enhance the nation’s infrastructure would be counterproductive. Focusing on regulatory reform and empowering the private sector and state and local governments could produce significant benefits.

The 2015 surface transportation bill (FAST Act) bailed out the Highway Trust Fund using $70 billion in general fund money, adding to the national debt. Non-highway spending on mass transit, “transportation alternatives” such as bike paths, and other diversions make up 28 percent of spending from the trust fund. This is the driving force behind the fund’s annual deficits. Gas tax revenue should go toward roads, not rail.

The federal gas tax is not too low and does not require indexing. While the federal gas tax has been unchanged for years, states have steadily increased their tax rates, meaning that combined tax rates have been rising. Since state and local governments are responsible for the vast majority of the nation’s roads, it makes sense for them to take the lead. Imposing new taxes on carbon emissions or vehicle miles traveled would cement the outsized federal role in transportation and hit rural areas hardest.

BE FULLY PAID FOR

The gross national debt is now $22 trillion, and CBO projects that it will grow by 50 percent over the next decade. Bailing out the Highway Trust Fund yet again would be grossly irresponsible. Any increase in transportation funding should be offset with spending cuts elsewhere.

Federal spending on infrastructure delivers the least value. This is largely due to regulations that artificially increase costs for projects with federal funding, such as the Davis-Bacon Act (mandates union pay scales), project labor agreements (mandates union work rules), and Buy American restrictions (increases the cost of materials). Other types of infrastructure such as airports also struggle with federal rules. Additionally, limitations on public-private partnerships and private activity bonds hamper private investment. Deregulation can increase the impact of infrastructure investments without new taxing or spending.

DEVOLVE CURRENT TAXING AND SPENDING TO STATES AND LOCALITIES

States and localities are better suited than the federal government to understand and address their own infrastructure needs. A significant portion of federal infrastructure spending goes toward projects that are state and local in nature, such as state highways that are part of the national highway system. Devolving most federal gas taxes and highway spending to states would produce more infrastructure value than we see today. Increasing federal involvement is counterproductive. 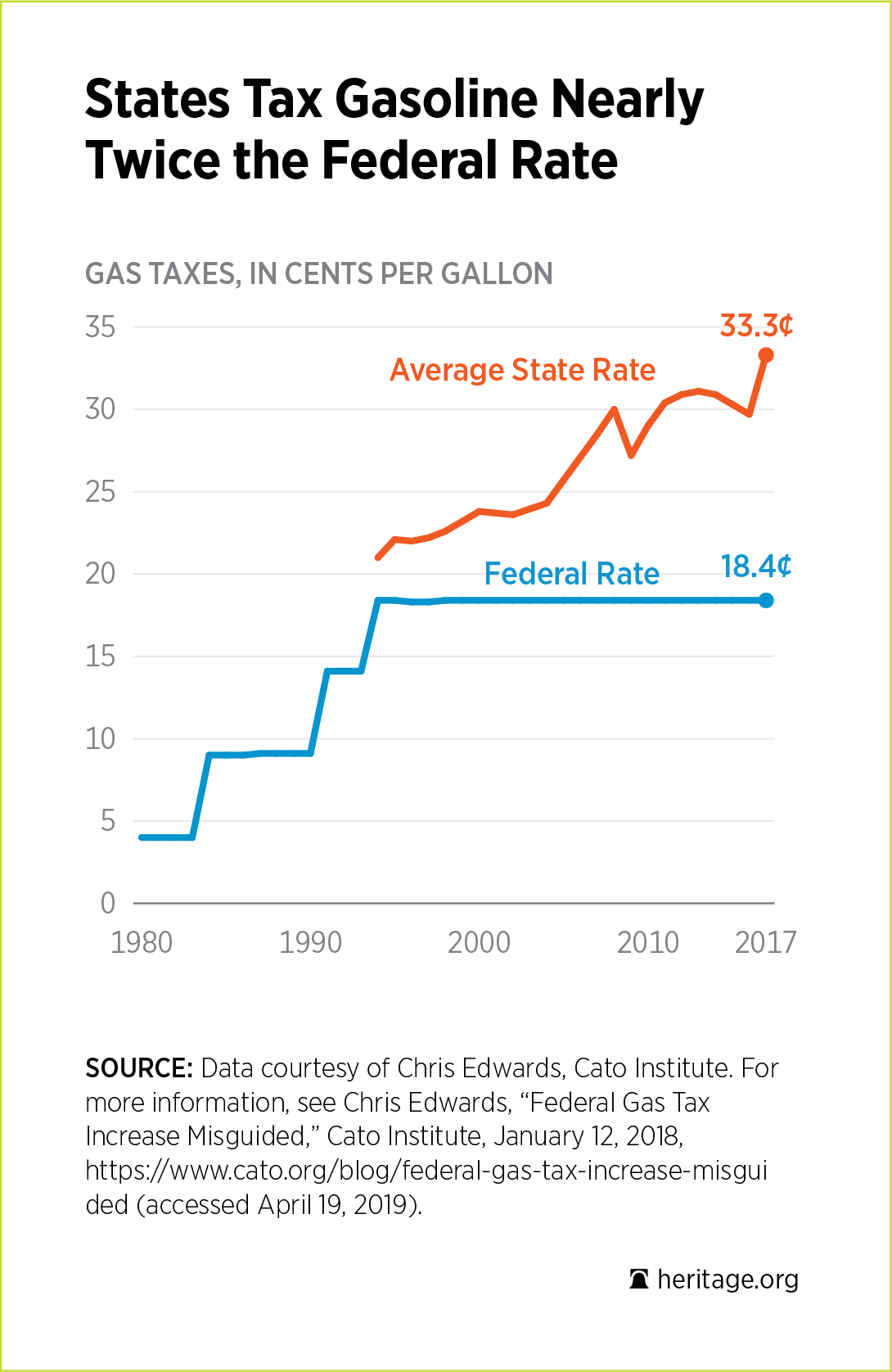