The federal government spends and taxes too much. Consuming over 18 percent of gross domestic product (GDP), the money the federal government taxes out of the economy each year is not enough to account for its spending. Moreover, our old and outdated tax system holds back the economy. It is estimated that if the tax code were updated, the economy could grow to be more than 10 percent larger than it otherwise would be.1

To understand the tax system and the need for reform, it is essential to understand where most of our tax dollars go, what they fund, and what they don’t fund. In 2016, the federal government collected $3.3 trillion of Americans’ money, yet the deficit was a staggering $587 billion according to the Congressional Budget Office.2

Government deficits are driven by too much spending, not by too little taxation. The CBO projects that in the next 10 years, tax revenues will continue to grow above the historical average. Even with increases in revenues, government deficits are projected to grow larger each year. The largest drivers of federal deficits and debt are the health entitlements—Medicare, Medicaid, and Obamacare—and Social Security. These programs and interest on the debt are set to consume every dollar of collected taxes in just over 20 years.

Social Security is the single largest federal program, accounting for roughly 25 percent of all federal spending. It is already paying out more than it takes in, and the program’s trustees project that benefits will need to be cut as much as 21 percent if nothing is done before 2034.3 Currently consuming 28 percent of the budget, federal health programs such as Medicare, Medicaid, and Obamacare subsidies are projected to keep growing at an unsustainable rate as health spending grows faster than the economy.

Large deficits and growing debt are not cheap. Over the coming decade, U.S. debt held by the public is projected to swell to as high as 89 percent of GDP.4 As the debt increases, so does the cost of the interest we must pay to those who hold the debt—money that cannot be used for other priorities. In addition, the current tax system impedes economic growth. Not only are tax rates too high, but the design of the U.S. income tax makes investment more costly, stunting business activity, job creation, and wage growth.

In recent years, America has been losing the global competition for businesses. Prominent American firms like Burger King and Anheuser-Busch have moved parts of their businesses overseas to escape high U.S. taxes.7 Lowering the corporate income tax rate and other important business tax reforms would reverse the tide of corporations leaving the U.S., increase domestic investment, and ensure a more stable tax base.

In addition to business tax reform, there are many other important ways to update the tax code. True reform should allow American families to keep more of the money they earn instead of sending it to Washington. This should be done by applying simple and transparent low rates on a broad base that eliminates the double taxation of investment.

Putting the federal budget back on a sustainable path requires both tax and spending reforms. Pro-growth tax reforms can unleash private investment, encourage job creation, and fuel economic growth. To make these necessary tax reforms sustainable in the long run, Congress must rethink how it spends the American people’s money. Addressing the main drivers of current and future government debt is essential if we are to keep taxes low both now and in the future. 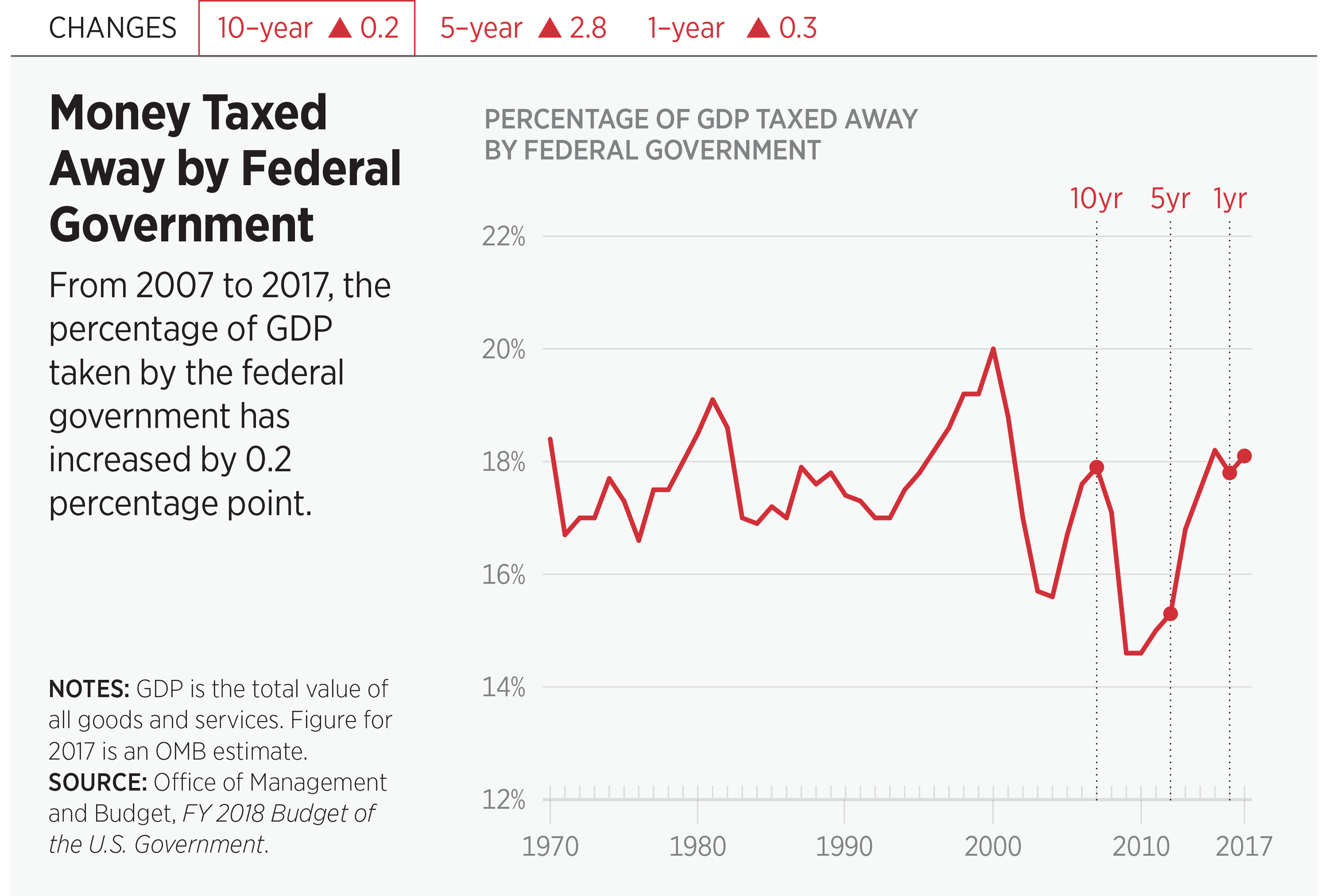 7. Impact of the U.S. Tax Code on the Market for Corporate Control and Jobs, Majority Staff Report for the Permanent Subcommittee on Investigations, Committee on Homeland Security and Governmental Affairs, U.S. Senate, 114th Cong., 1st Sess., July 2015, https://www.hsgac.senate.gov/subcommittees/investigations/hearings/impact-of-the-us-tax-code-on-the-market-for-corporate-control-and-jobs (accessed May 21, 2017).