Once the most promising public school reform available to students, charter schools have stalled. From 1993–2009, the number of charter schools grew from 10 percent–15 percent each year.1 In the 2015 school year, the number of charters increased by just 7 percent. In 2016, school growth dropped dramatically to 2 percent.2 All the while, charter school enrollment has grown steadily each year. However, that masks the real story: Demands for charter opportunities outstrip supply by at least a million students.3

What happened? Charters were called the “grassroots revolt” by Time in 1994, as well as the most bipartisan education effort by Education Week, and were applauded by both Republican and Democratic Presidents and lawmakers.4 Advocates seized on changes in state capitals that were ripe for education reform (not unlike today). They saw an opportunity to provide students who were not well served by their traditional schools with choices of new, independent public schools or public schools made more competitive by charters. Early on, Arizona, California, Colorado, Michigan, and Minnesota set the bar, enacting strong laws providing for a wide variety of new ecosystems of schools and approvals free from traditional education structures. Many other states followed.

All but one of the 13 strongest charter laws were passed between 1991 and 1999 and account for almost 60 percent of all schools open today. Then came the age of political expediency and bad policy decisions. Between 2000 and 2015, only nine states enacted charter laws, accounting for only 233 schools.5 These laws either have stringent caps on the number of charter schools, provide inequitable funding, leave oversight in the hands of school districts, or discourage applications by making the process so onerous.

If declining school growth is a result of poor policymaking, why the steady increase in numbers of students served? There are three reasons.

Preference for replication over innovation, combined with increasing oversight, squashes the healthy grassroots start-up activity that once dominated the charter school movement. The once-prominent voices of independent parents or citizens with unique ideas about the kinds of schools they want are now largely ignored.

“This should be the reverse for a movement aimed at decentralizing public education,” as researchers Luis Huerta and Andrew Zuckerman argued in a 2009 journal article.7 With limited opportunities for all too many Americans, steady charter enrollment growth is not enough. There must be an ever-growing supply of new schools constantly challenging the status quo.

Jeanne Allen is Founder and CEO of the Center for Education Reform. 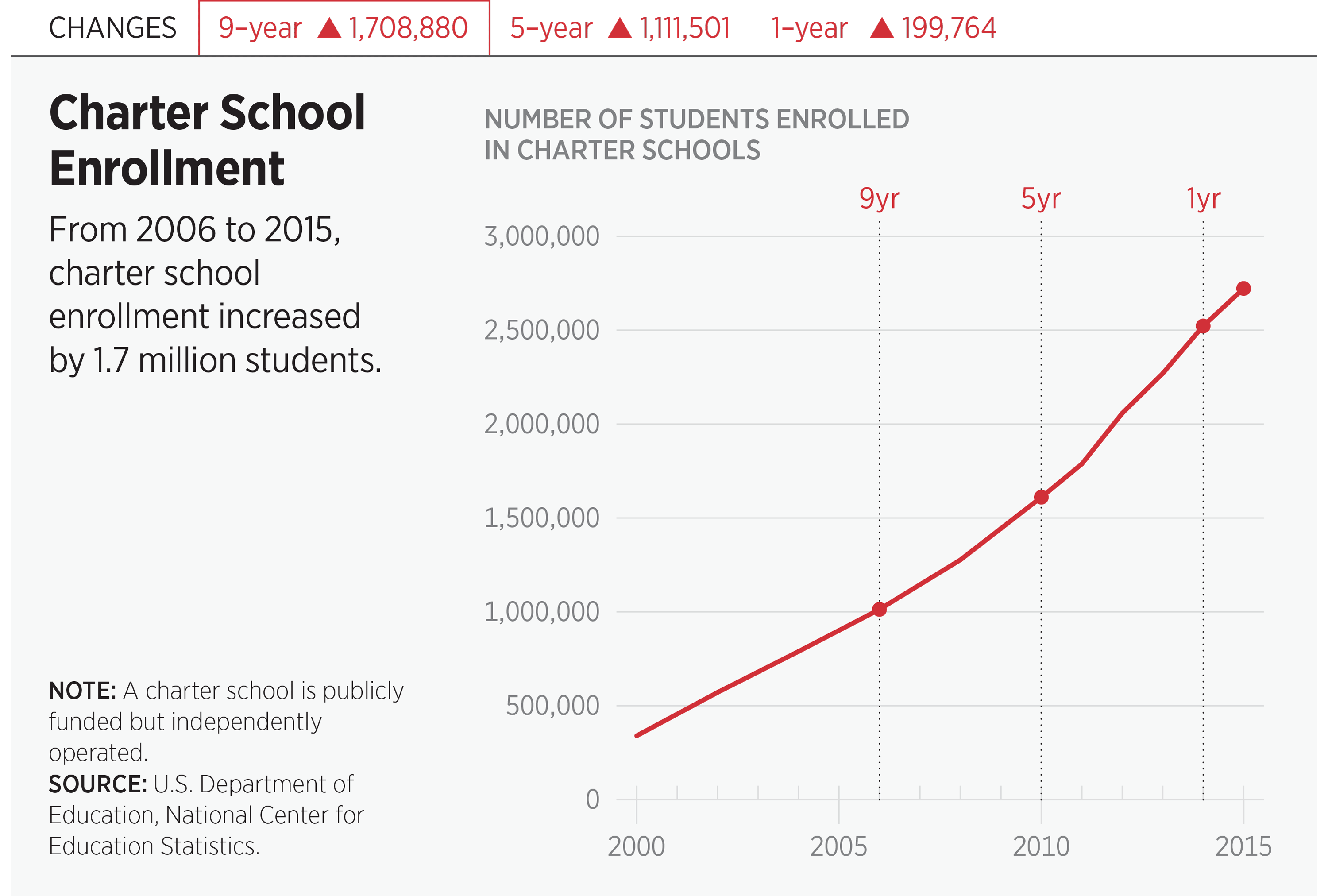 4. Claudia Wallis, “A Class of Their Own: Bucking Bureaucracy, Brashly Independent Public Schools Have Much to Teach About Saving Education,” Time, October 31, 1994, https://www.edreform.com/edreform-university/resource/time-magazine-new-hope-for-public-schools-october-31-1994/ (accessed April 30, 2017).