Comedian Chris Rock did a much-celebrated HBO Real Sports segment several years ago that poked good-natured fun at many of baseball’s quirks to help explain the game’s sagging popularity among black youth. Echoing the complaints of many critics, Rock said that baseball is too slow, too bland, and too wedded to its storied past to appeal to today’s hip-hop generation.

As humor, Rock’s rant touched all the bases, but as sociology, it failed to account for the most significant reason for declining participation in youth baseball: father absence. In America today, many boys—whether black or white—do not play baseball because they have no father to teach them the game.

“We are looking at a generation who didn’t play catch with their dads,” observes University of Nebraska researcher David Ogden. “Kids are just not being socialized into the game.” His 15-year study of more than 10,000 youth baseball players shows that boys growing up in fatherless homes are less likely to play baseball and less apt to succeed at it than those that have a dad at home who can help them learn the finer points of the game.1

Ogden reports that 95 percent of college baseball players were raised in homes with both biological parents. A similar study by researchers from Brigham Young University and the Austin Institute for the Study of Family and Culture found that a disproportionate number of major-league ballplayers were raised in an intact family.2 Importantly, the relationship between baseball participation and father presence proves to be statistically significant even after controlling for all sorts of socioeconomic factors.3

In the grand scheme of things, baseball participation rates are a fairly trivial concern, but these studies merit greater public attention because they help to illustrate just how far-reaching the effects of father absence are. Put another way, father absence does not just affect concerns like household income, student attainment, labor force participation, early sexual activity, substance abuse, and violent crime. It also affects a wide array of less-critical quality-of-life concerns—all the way down to the games children play (or don’t play).

Moreover, these studies call our attention to the role of father absence in the social struggles that we face as we try to make America a place of opportunity for all. Daniel Patrick Moynihan correctly predicted back in 1965 that if fatherlessness continued to rise in America, many of the daunting challenges that then affected single-mother households in the black community would come to haunt other communities as well.

Sadly, a reversal in these trends has yet to occur. As the accompanying chart indicates, the percentage of U.S. children raised in a single-parent household ticked up again last year, and the 10-year period ending in 2016 saw this number rise to nearly a third of all children. Two things need to be said about this data point and the research documenting its adverse effects.

Children long for stability. They relish predictability. And they yearn for interactivity with their parents. A number of studies have shown that routine family bonding activities like reading bedtime stories and eating meals together have a profound effect on children’s educational development and psychological well-being. This yearning for parent–child interactivity no doubt helps to explain why the final scene in the movie Field of Dreams strikes such a powerful chord with many Americans. Apparently, there is something deeply satisfying about playing catch with one’s father.

Let’s hope more and more children get to experience that satisfaction soon.

William Mattox is Director of the J. Stanley Marshall Center for Educational Options at the James Madison Institute. 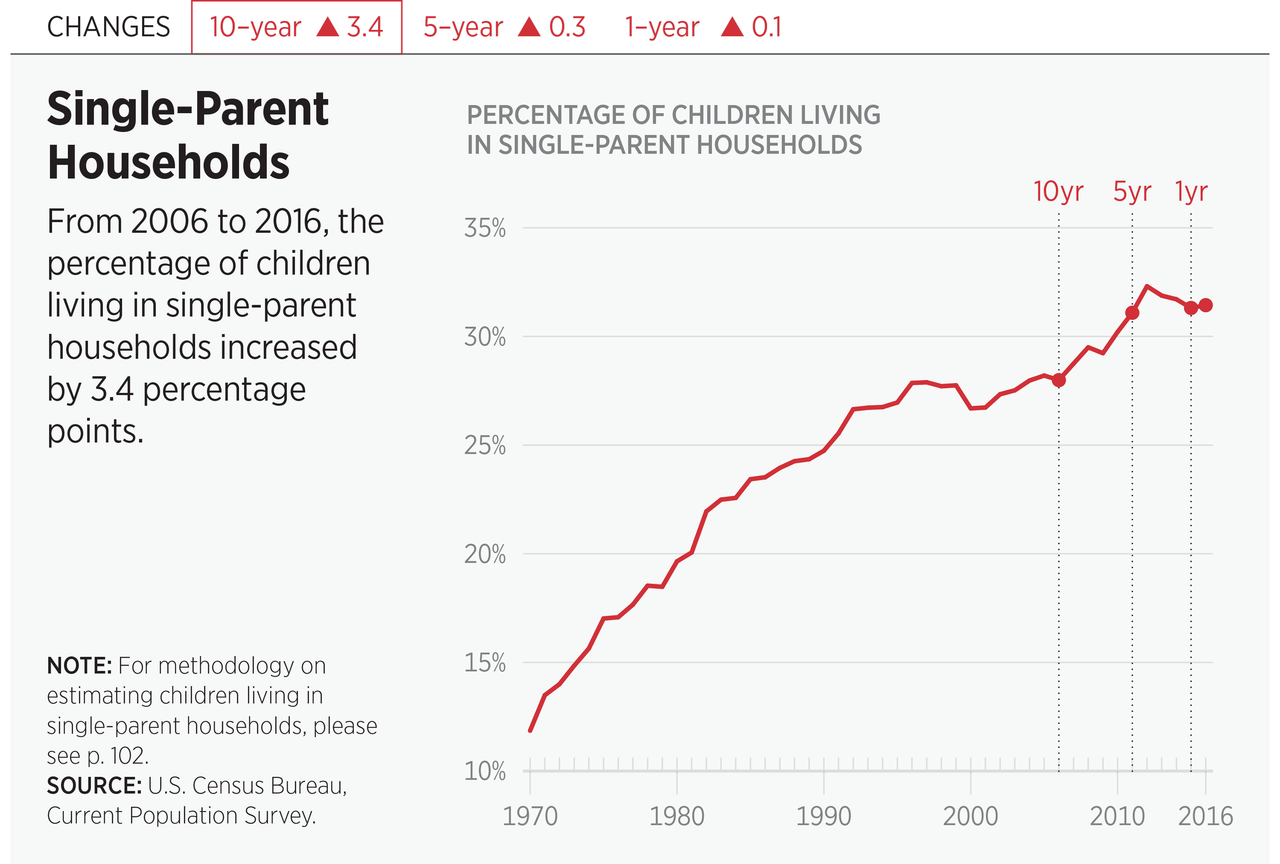