“My young childhood and adolescence (maybe my whole life) was wrapped up in searching for substitute father figures: uncles, neighbors, teachers, professors, priests, even God.” Those are the words of Michael Brendan Dougherty, a columnist who chronicled his experience of being raised by a single mother in a 2012 essay for The American Conservative.1

Every parent who chooses life in adverse circumstances should be commended. Many single moms and dads, whether due to later circumstances or a surprise pregnancy, have nobly risen to the task and done an amazing job of raising their children, but we also need to acknowledge, as decades of research has shown, that the ideal situation for any child is growing up with the mother and father who brought that child into the world.2

While some unmarried women who have children may have partners, the reality is that cohabitation is not the same as marriage: For one thing, it is less likely that the parents will stay together for the long haul.3 Furthermore, there are also risks for the children: “Children living with their cohabiting parents are more than four times more likely to be sexually, physically, or emotionally abused than their peers living in a home headed by their married parents,” wrote marriage researcher W. Bradford Wilcox of the findings of a federal study in a 2011 piece for Public Discourse.4

Then there are the economic consequences for both mothers and children. To put it frankly, single-parent households experience less opportunity. For example, in a 2014 study, researchers at Harvard and the University of California–Berkeley found that “[economic] mobility is significantly lower in areas with weaker family structures, as measured e.g. by the fraction of single parents.”5

Sheryl Sandberg, Facebook executive and author of Lean In,6 a book that pushed women to pursue ambitious career objectives, last year acknowledged the struggles faced by single mothers in the workplace. “I did not really get how hard it is to succeed at work when you are overwhelmed at home,” Sandberg, who lost her husband in 2015, wrote in a Facebook post.7 That is another tragic result of single parenthood: that both parent and children could be held back from their full potential because of the struggles that accompany their familial structure.

For better or worse, we are all shaped by the culture we live in, and a more honest culture-wide perspective on the challenges and downfalls of single parenting could help us move in a different direction: one that encourages marriage as a way to help both parents and children flourish more.

Katrina Trinko is Managing Editor of The Daily Signal and a member of the USA Today Board of Contributors. 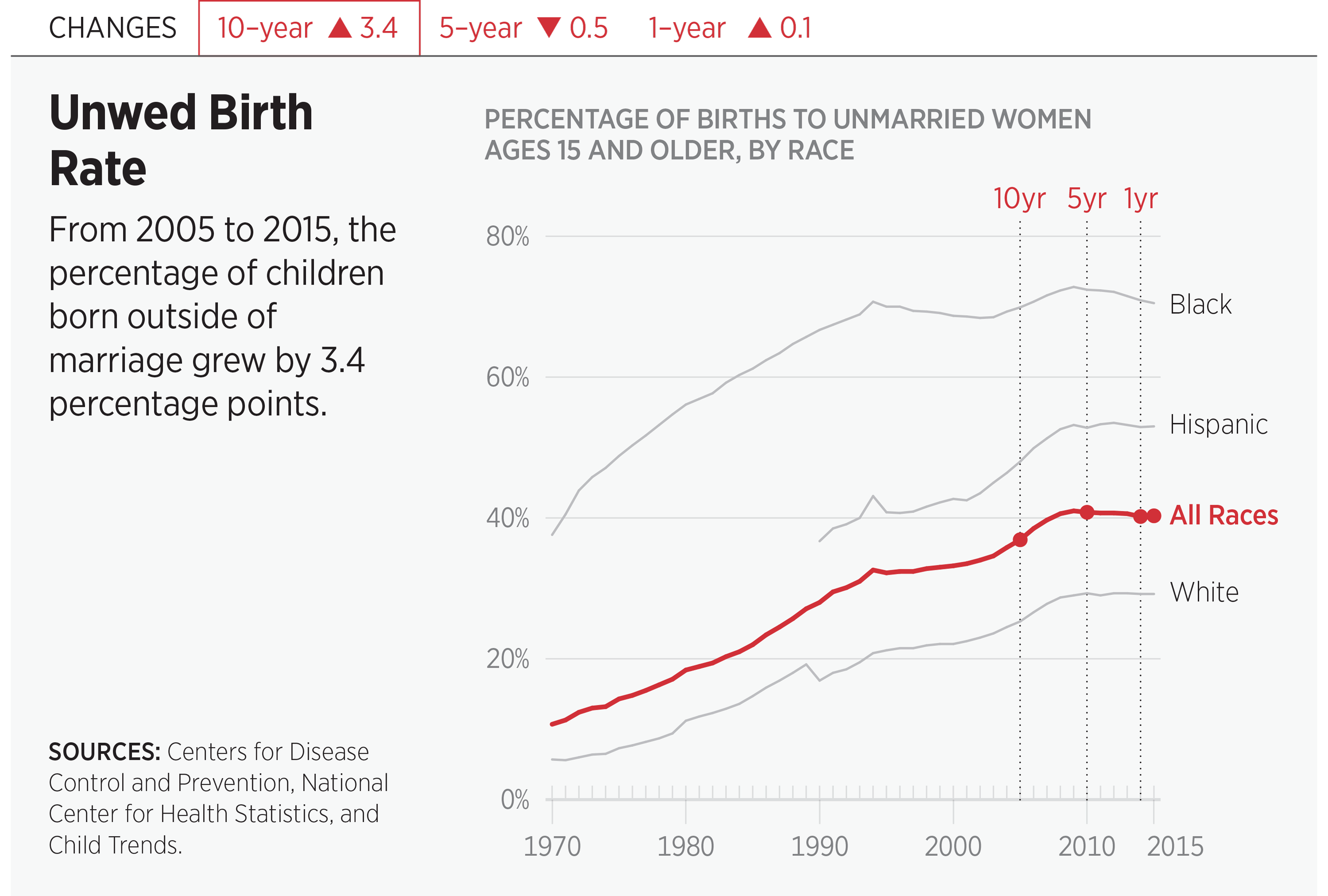 5. Raj Chetty, Nathaniel Hendren, Patrick Kline, and Emmanuel Saez, “Where Is the Land of Opportunity? The Geography of Intergenerational Mobility in the United States,” National Bureau of Economic Research Working Paper No. 19843, January 2014, p. 4, http://www.nber.org/papers/w19843.pdf (accessed May 7, 2017).