Parents across the United States tell their children that if they graduate from high school, go to college, and get a job, they can achieve upward mobility and embrace the American Dream. Unfortunately, however, high college costs exacerbated by overgenerous federal lending policies have encouraged more students to take on high levels of student loan debt. As a result, graduates too often leave college unprepared to pursue their career and life goals and are saddled with a debt burden that limits their upward mobility.

There was a time when a small amount of savings and a part-time job could get students through college with little or no debt. Today, more students than ever are turning to federal loans to finance their college education.

The federal government now originates and services about 90 percent of all student loans,1 but this federal largesse has done little to address college affordability. In 2014–2015, the average public and private debt held by students was $28,153 (in 2015 dollars), compared to $21,940 in 2000–2001. Increases in borrowing over the past two decades have dwarfed increases in student enrollment. From 1990 to 2012, for example, college enrollment increased 62 percent, but the volume of loan borrowing increased 352 percent—a more than fourfold increase.2 Put differently, in 1990, students borrowed $2,485 per year to attend college; by 2012, borrowing had nearly tripled to $6,928 annually.3

This weighty increase in student loan debt presents problems for both students and taxpayers. A recent survey found that 56 percent of young people put off milestones such as getting married or buying a home because of student loan debt.4 Purdue University President Mitch Daniels has even argued that high student loan debt discourages entrepreneurship, which could have a significant effect on our nation’s economy in the future.5

By the same token, taxpayers increasingly bear the consequences of high student loan debt. In 2016, 43 percent of students with federal student loans, which amounts to about 9.3 million borrowers, were in default, in delinquency, or had postponed payments.6 With the federal government now originating almost all student loans, taxpayers are left with the bill when students cannot pay off their debts.

Moreover, the current rate of increase in college tuition does not indicate that there is any relief in sight for taxpayers or students. Each year, more graduate students participate in the Grad PLUS loan program, which allows for borrowing up to the full cost of attendance. Similarly, parents of undergraduate students can take out a loan to finance their child’s education under the Parent PLUS loan program, an option typically pursued after a student has already borrowed the maximum amount available through the Stafford loan program. As borrowing increases through federal programs—and as debt builds—some policymakers propose to extend loan forgiveness, which transfers this debt from individuals or families to the American taxpayers, most of whom do not hold bachelor’s degrees themselves. The Government Accountability Office recently projected that loan forgiveness programs will cost taxpayers $108 billion over the next 10 years.7

Recent research suggests that federal involvement may be doing more harm than good. Economists at the Mercatus Center and the Federal Reserve Bank of New York have found a connection between federal student aid and increases in college tuition.8 Such research adds support to the Bennett Hypothesis, which posits that greater access to federal student aid encourages colleges and universities to raise their tuition prices. As more Americans than ever before pursue higher education as a means of upward mobility, policymakers must review whether current policies are helping students to afford a college education or making tuition more expensive for all.

The current trend of increasing student loan debt should concern all Americans. As students turn to the higher education system for more opportunities, this investment comes with significant financial burdens for both students and taxpayers. In order to capitalize on the potential of American higher education, not only must students graduate with manageable debt loads, but they should leave college prepared to pursue their career and life goals. But with fewer students paying off their debt and more financial responsibility being shifted to the taxpayers, higher education’s ability to jump-start economic mobility is limited.

Mary Clare Amselem is a Policy Analyst in the Center for Education Policy, of the Institute for Family, Community, and Opportunity, at The Heritage Foundation. 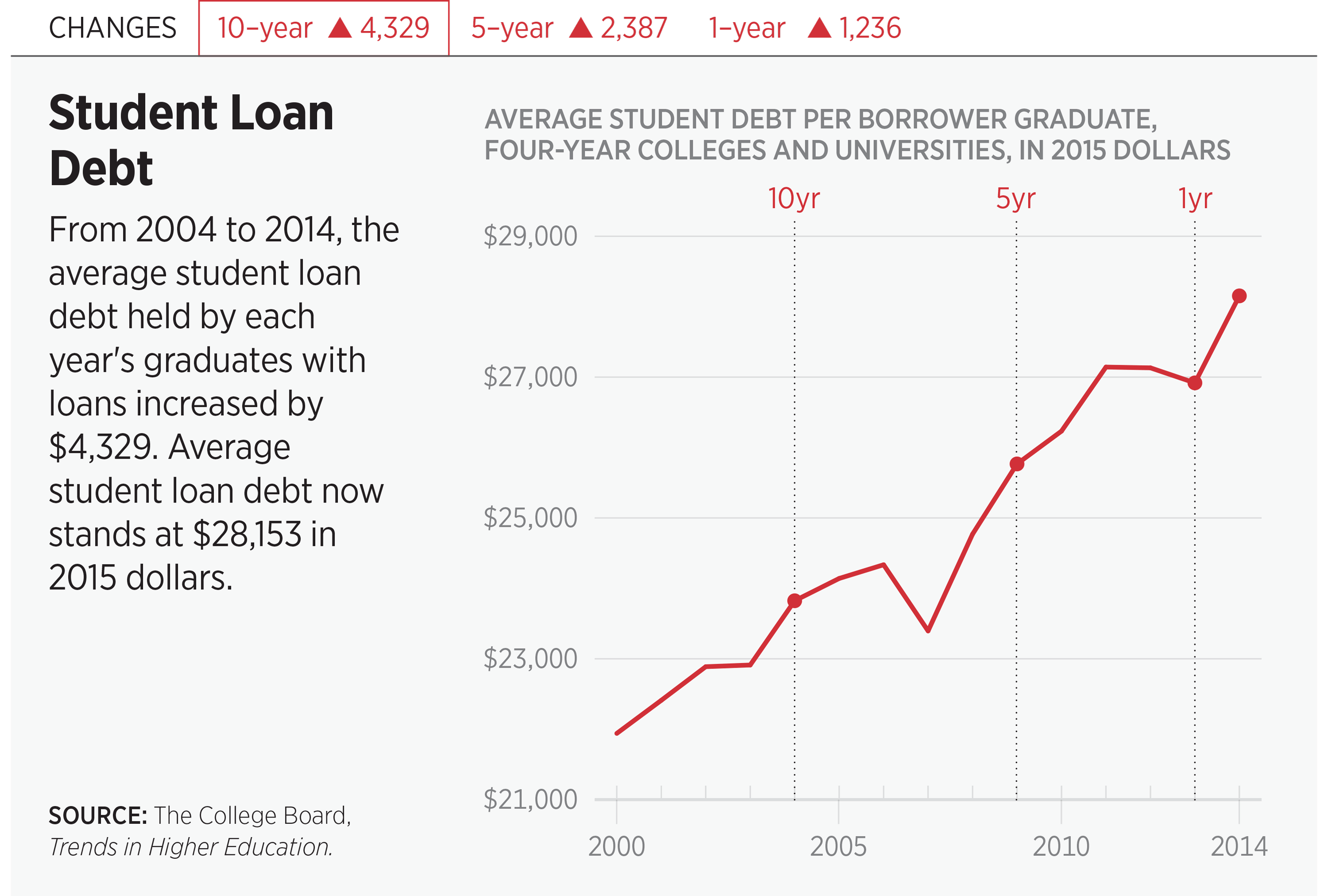 J.D. Vance, author of Hillbilly Elegy, on the significance of the Index of...