Over the past several years, the U.S. high school graduation rate has climbed significantly. That increase, however, is not necessarily due to better performance by our nation’s public schools or to higher achievement by our students. Rather, across America, states and local school districts are lowering the bar for earning a high school diploma, which—lo and behold—raises the graduation rate.

According to the latest data, an all-time high of more than eight out of 10 U.S. high school students graduated four years after starting the ninth grade. Yet that rate is deceiving. States have been lowering their bars for graduation for years.

Back in 2003, for example, New York reduced the testing requirements for high school students to graduate, and state officials have continued to ease up on the pedal in subsequent years. Recent decisions by New York’s Board of Regents made it possible for students to graduate even though they had not passed all five of the required Regents exams.1 The New York Times observed that the resulting increase in the graduation rate “made it hard to know whether schools were doing better or students were simply clearing a lower bar.”2

In California, Governor Jerry Brown and state lawmakers eliminated the state high school exit exam requirement, and presto! More students graduated. In the Los Angeles Unified School District alone, 1,400 high school seniors in the class of 2015 had failed to pass the exam, but when the requirement was removed, they received their diplomas and the district’s graduation rate rose by four percentage points.3 The Los Angeles school board also reduced the graduation requirement that students pass college-prep courses with a C grade, allowing them to pass with a D instead.4

In Tennessee, the State Department of Education reported that a third of Tennessee students are receiving diplomas without meeting the state’s graduation requirements. State Board of Education member Wendy Tucker observed, “The requirements don’t mean much if kids don’t have to meet them.”5

Twenty-one states offer so-called alternative diplomas that have less rigorous requirements than a regular diploma but are still counted in graduation rates.6

Many states also exclude large numbers of dropout students from their graduation rates. Texas, which boasted a 2013 graduation rate of 88 percent, excluded 50,000 students who supposedly left regular public schools for homeschooling, private schools, or other states or countries. However, little documentation is required to place a student in the “leaver” category, which disguises significant numbers of dropouts as leavers for other forms of schooling or destinations.7 California State University, Sacramento, dropout expert Julian Vasquez Heilig says that practices in Texas render the state’s graduation rate “bogus.”8

All of these different shortcuts, dodges, and ruses combine to make the latest “record” graduation rate one of the most laughable statistics in education. As Julian Vasquez Heilig concludes, “The only people who believe it’s [over] 80 percent are probably the politicians who are telling us that. And maybe they don’t even believe it.”9

Lance Izumi is Koret Senior Fellow in Education Studies and Senior Director of the Center for Education at the Pacific Research Institute. 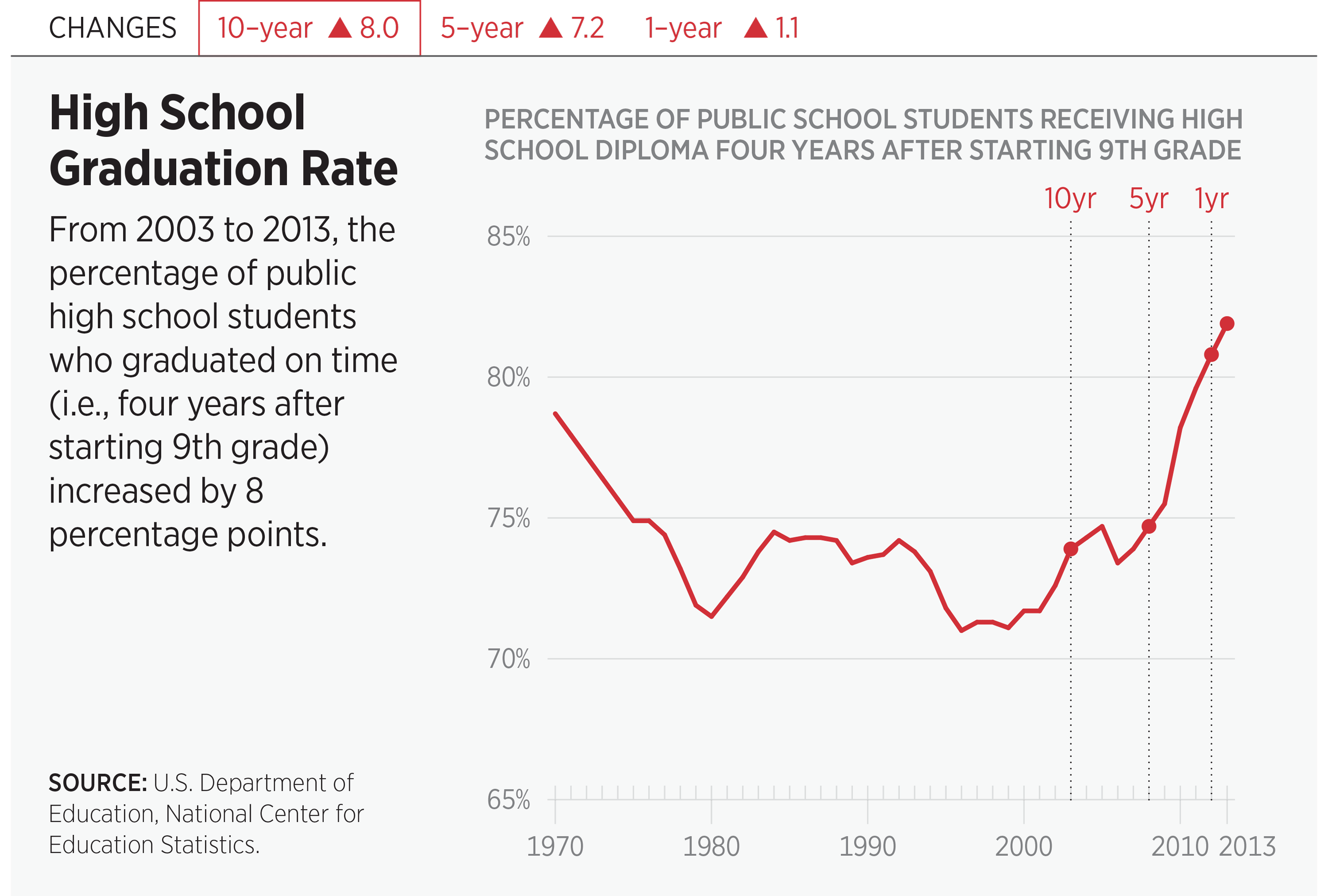