The Institute for Constitutional Government 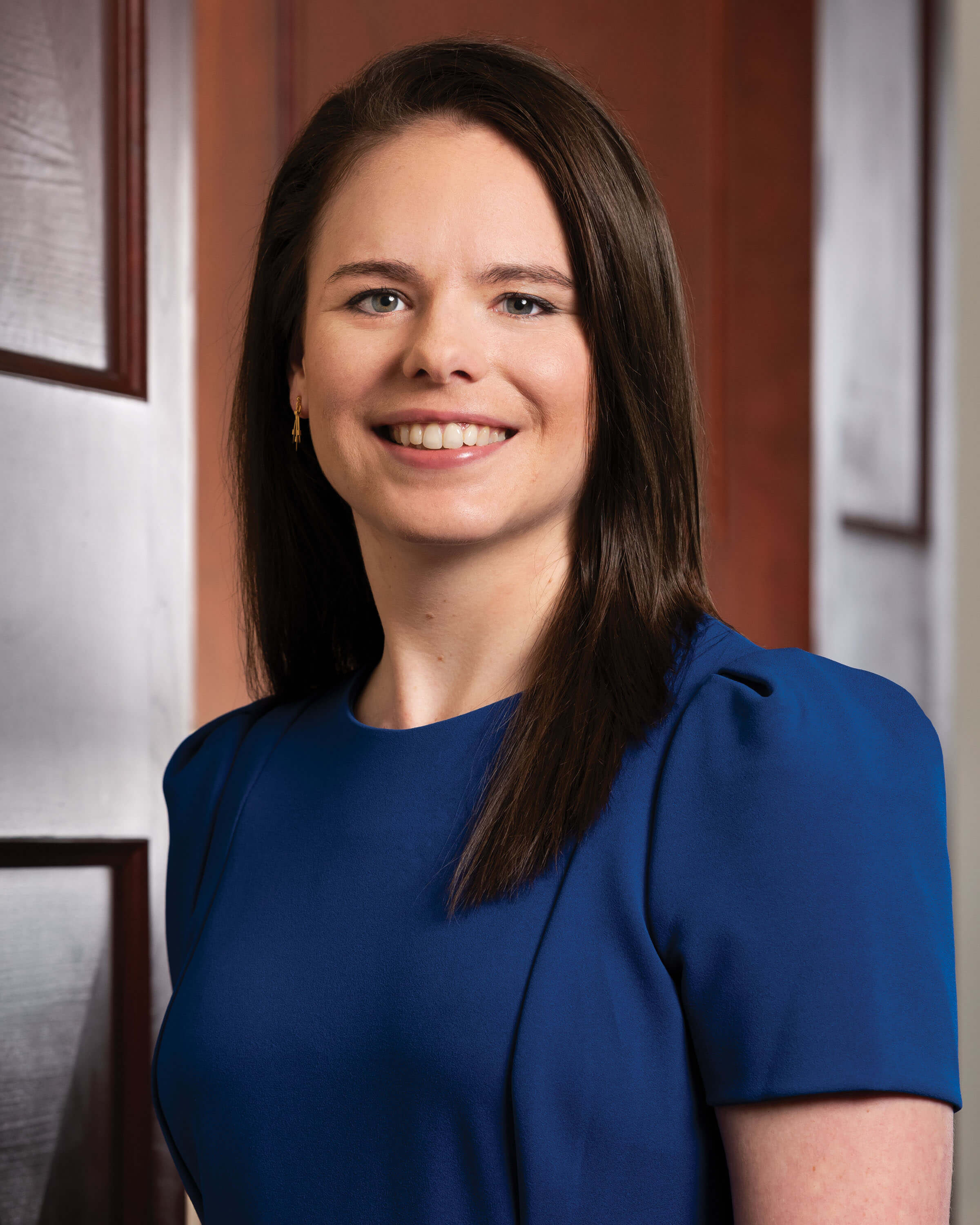 Throughout 2019, gun control advocates insisted that lawmakers “protect life” by enacting ever-more-stringent restrictions on the right to bear arms.

Often, they buttressed their emotion-laden arguments with false or misleading information. Experts in our Edwin Meese III Center for Legal and Judicial Studies resolved to make sure lawmakers—and the public at large—had accurate and complete information before reaching any decisions about pending legislation. At the forefront of that effort was Amy Swearer.

A senior legal policy analyst, Swearer’s specialty area is the Second Amendment and firearms policy. Writing extensively on the gun control debate, she produced a series of fact sheets and articles on topics ranging from mass shootings to red flag laws to the defensive use of firearms. She teamed with Vice President John Malcolm to produce a three-part series of essays exploring the intersections of mental illness, violence, and firearms.

In August, not long after a deranged gunman killed 12 and injured four at a public works building in Virginia Beach, Swearer was called to testify before the Virginia State Crime Commission. She opened her remarks by debunking the notion that America is gripped by a crisis of “gun violence.”

“Americans are safer today from violent crime—including firearm-related crime—than we have been at any point during my lifetime,” she stated. “And while the number of guns in this country has increased by about 50 percent since the early 1990s, the rate of homicide and gun-related homicide has fallen by about 50 percent.”

Swearer brought her reasoned approach to the gun debate to many national news outlets, from NPR and FOX Nation to the “Dr. Oz Show.” But her biggest appearance of the year came in September, when she testified before the House Judiciary Committee.

“Americans use firearms to defend themselves between 500,000 and 2 million times every year,” she informed the committee. “God forbid that my mother is ever faced with a scenario where she has to stop a threat to her life. But if she is, I hope politicians protected by professional armed security didn’t strip her of the right to use the firearm she can handle most competently.” 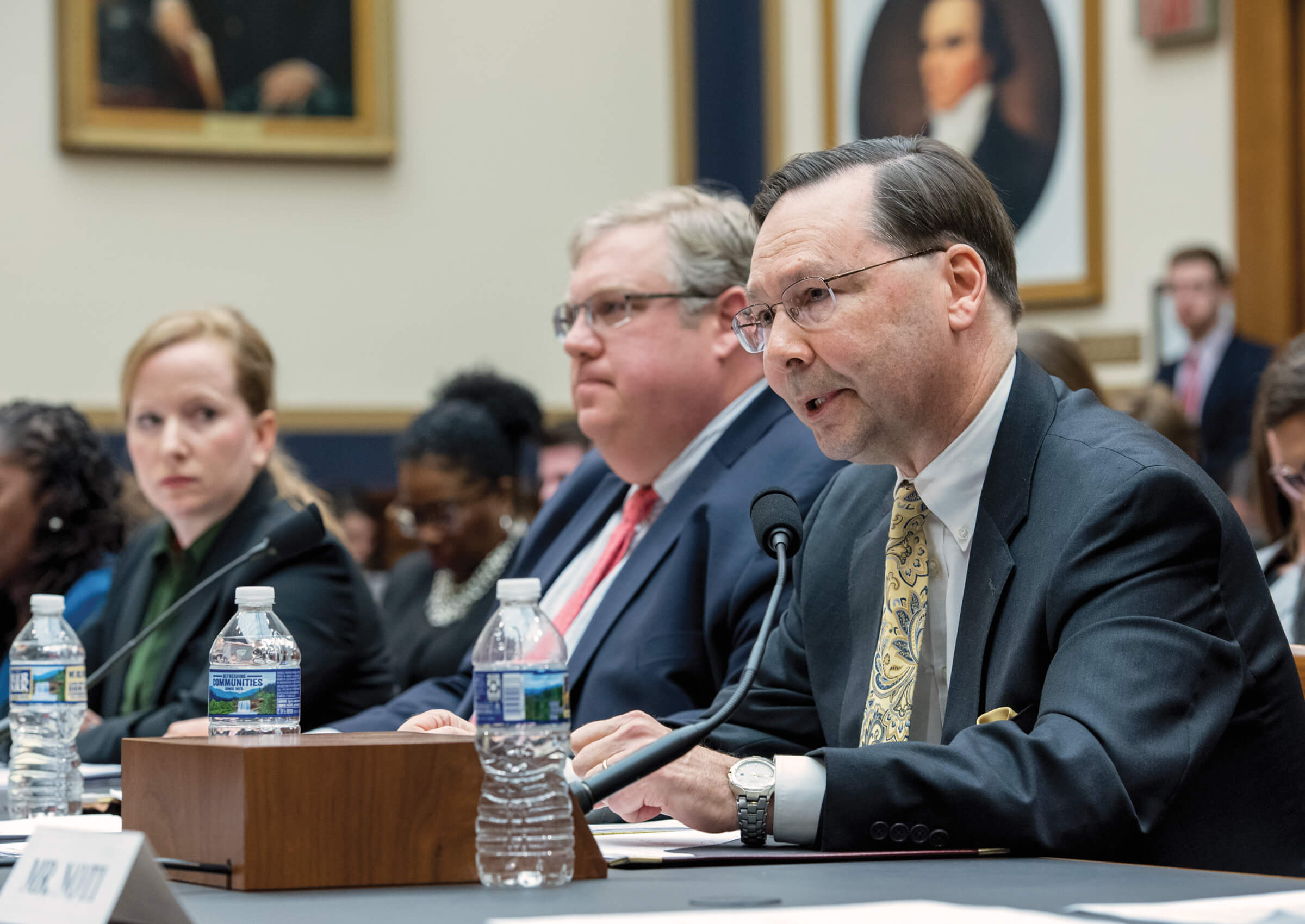 Heritage Senior Legal Fellow Hans von Spakovsky (right) testifies before the House Judiciary Committee in January on the dangers of a “reform” bill that would have inhibited political speech and undermined election integrity. 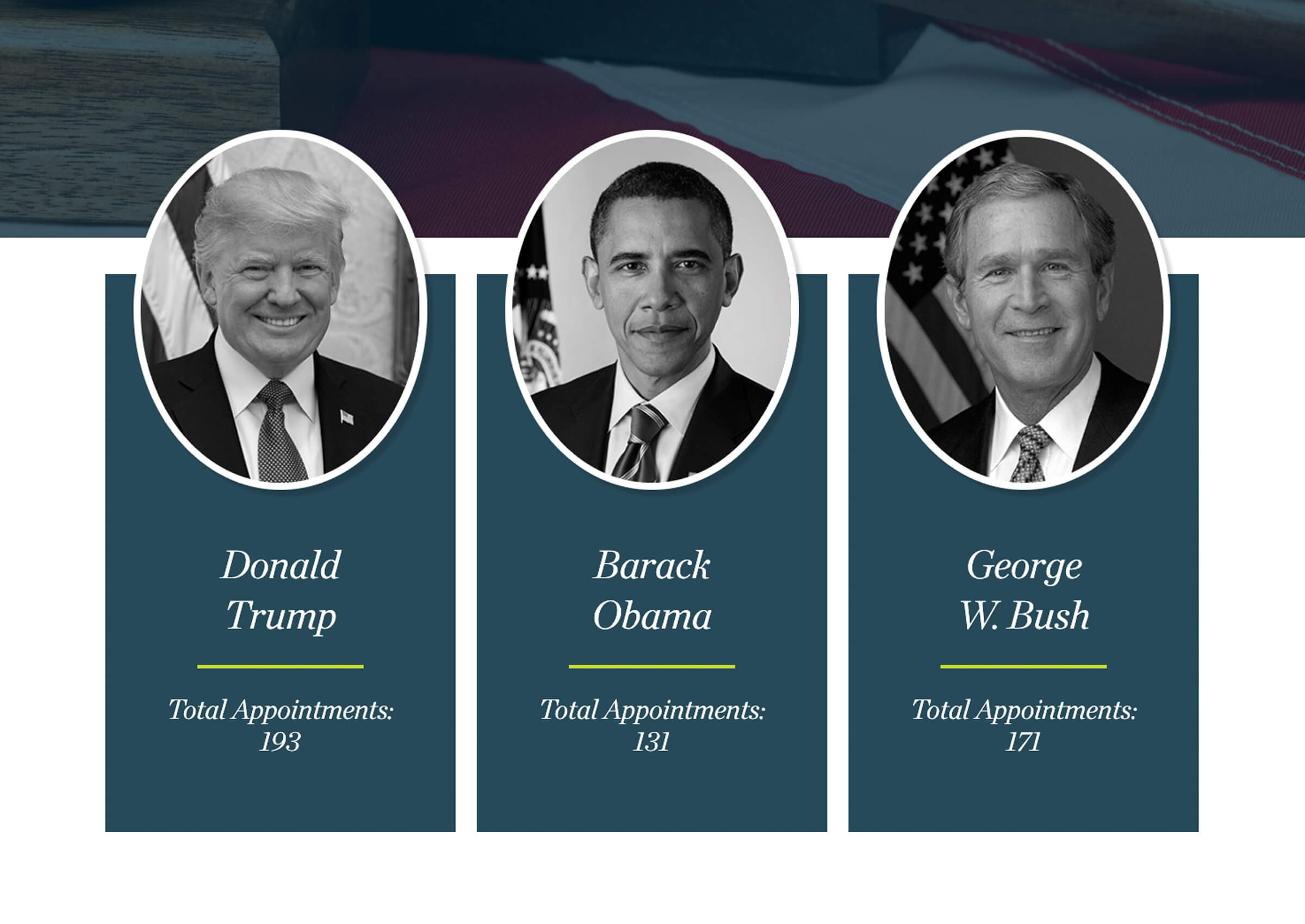 The Heritage Judicial Tracker has come to be relied upon by media organizations and members of Congress of all political stripes.

The Left is so invested in the “voter suppression” myth that the first bill produced by the liberal House majority was the inaptly named “For the People Act.” Though marketed as a measure to expand voting rights, strengthen ethics rules, and limit the influence of money in politics, the bill, H.R. 1, would have actually made it easier to restrict political speech and commit election fraud.

The very day the bill was introduced, our Meese Center issued a fact sheet analyzing the real-world effects it would produce and briefed members of the House Freedom Caucus, the Republican Study Committee, and the House Republican Conference.

The head of our Election Law Reform Initiative, Hans von Spakovsky, later testified before the House Judiciary Committee about the problems the bill would create. He also spoke against it strongly in numerous radio and TV interviews.

When the bill came to the House floor, not a single Republican congressman voted for it, and Senate Majority Leader Mitch McConnell, R-Ky., steadfastly refused to move the bill in the upper chamber.

Even as the battle over H.R. 1 raged, we continued our long-standing campaign to ensure election integrity at the state level. In February, we held our annual all-day briefing for 25 state secretaries of state. Heritage legal scholars led an in-depth discussion of issues, including voter fraud, redistricting, election security, and current election-related litigation and legislation.

Participants then hunkered down to map out strategies for advancing their shared goal of guaranteeing that every eligible individual is able to vote and that no one’s vote is stolen or diluted by fraudsters and ineligible voters.

The feedback from the secretaries of state was so positive that we plan to expand the program and offer a second briefing in July 2020.

Throughout the year, we continued to update our Election Fraud Database. It now contains more than 1,200 proven incidents of fraud, gleaned from news stories in local media, county court records, election boards, and state secretaries of state.

Increasingly, the database is helping advance election integrity in the courts. For example, the state of Ohio cited the database in its brief before the Supreme Court in Husted v. A. Philip Randolph Institute. The state wanted to ensure the accuracy of its voter rolls by removing the names of those who had left the jurisdiction. The court ruled 5-4 that it could.

The database has become a popular resource for government officials, students, and activists interested in election integrity. And it continues to be cited regularly—in news reports, court opinions, and amicus briefs—to counter claims that voter fraud is a myth and that there is no reason to improve the integrity and security of the election process.

A Decade of Preserving
the Constitution 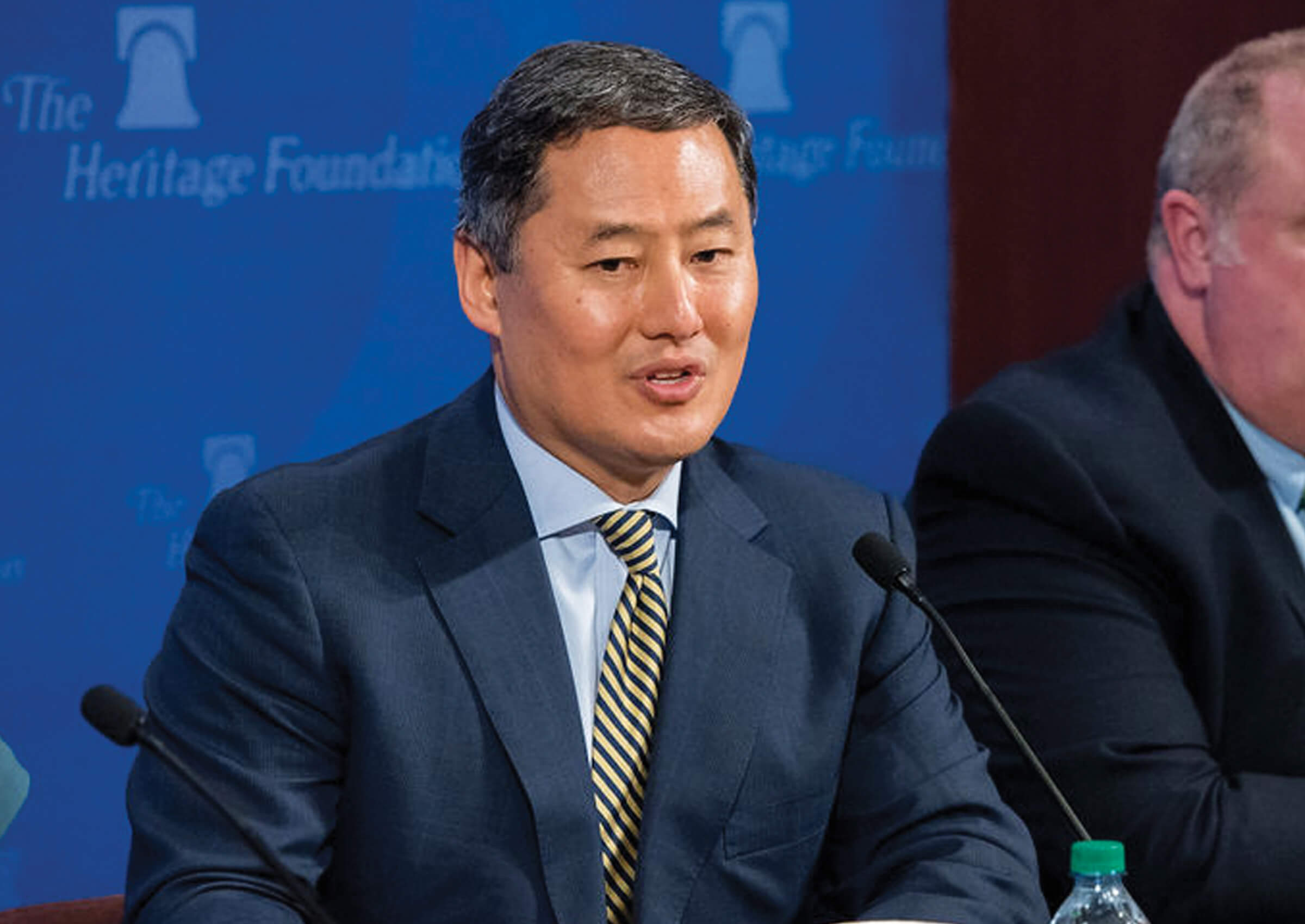 Heritage celebrated the 10th anniversary of our Preserve the Constitution lecture series in 2019. The series offers leading authorities on law and public policy a prominent platform to raise awareness of the need to restore the courts to their proper constitutional role and enforce the constitutional limits on government.

Offered as a service to the judiciary, Vice President John Malcolm said the program’s goal was to give incoming law clerks “tools that they likely did not learn in law school but will enable them to hit the ground running and excel” as clerks.

Participants gave the workshop rave reviews, and the positive word-of-mouth created tremendous demand. As a result, the 2020 class will be 20% bigger.

The “national popular vote movement” gained momentum in 2019. By July, 15 states plus the District of Columbia had pledged to award their Electoral College votes (196 in total) to whatever presidential candidate gets the most votes nationwide, regardless of who wins their state.

In media interviews, commentaries, and speeches, the Meese Center’s Hans von Spakovsky, John York, and Elizabeth Slattery spread the word about how the Electoral College serves to represent the interests of the nation at large and protect against “a tyranny of the majority.”

In November, we hosted a panel discussion, “The Fight to Preserve the Electoral College,” as part of the Meese Center’s popular Preserve the Constitution lecture series.

Heritage is firmly committed to this fight. We plan to expand our footprint in this area, especially in the states, in 2020.

The Meese Center has been the leading advocate for making maximum use of the Congressional Review Act to quash ill-advised regulations. Our arguments continued to gain traction within the Trump administration.

In April, the Office of Management and Budget officially agreed with our broad interpretation of the act. It issued a memorandum to the heads of all executive branch departments and agencies, advising them that they must henceforth follow the more “expansive” legal definitions of what rules must be submitted for congressional review before taking effect.

Going a step further, President Donald Trump issued two executive orders regarding “guidance” documents issues by federal agencies. In the Obama era, agencies sometimes eschewed promulgating regulations (which would be subject to congressional review) in favor of issuing guidance documents. It was clear that those who ignored the often controversial “guidance” would risk losing federal grants or contracts.

Trump’s executive orders mirrored the language of several articles by our Rumpel Senior Legal Research Fellow Paul Larkin, particularly his essay on “The Value of Nullifying Agency Guidance Documents via the Congressional Review Act,” published in the University of Pennsylvania’s Regulatory Review.

The Meese Center’s influence on the judiciary was also evident. For instance, in his concurring opinion for Kisor v. Wilkie, the most significant administrative law case in the Supreme Court’s last term, Justice Neil Gorsuch quoted—in three places—“The World After Seminole Rock and Auer,” an article by Larkin and Slattery published in the Harvard Journal of Law and Public Policy.

In 2019, the meetings became something more: a venue in which the administration felt free to exchange ideas with experts and practitioners. Among those giving policy presentations this year were representatives from the White House Counsel’s Office, the Department of Transportation, the Office of Management and Budget, the Office of Information and Regulatory Affairs, the Federal Trade Commission, the Federal Communications Commission, and the Consumer Financial Protection Bureau.

Steering the Judiciary Back to Constitutionalism

The Meese Center played a huge role in overcoming this opposition. In addition to recommending unassailably solid candidates for lower court vacancies, our legal experts wrote extensively on the need to fill vacancies and confirm nominees expeditiously.

We also called out the obstructionist tactics that were needlessly delaying confirmations and the delivery of justice. Deputy Director Thomas Jipping was a one-man army on this issue, penning more than 50 hard-hitting commentaries and giving well over 100 media interviews on the topic.

Of course, all of this resulted in quite a lot of activity for Heritage’s Judicial Tracker, a website that tracks current and historic data about the judicial appointment process. The chief nominations counsels for Senate Judiciary Chairman Lindsey Graham, R-S.C., and Majority Leader Mitch McConnell have come to rely on the tracker, and it was cited in several Senate floor speeches during 2019.

Even left-leaning news outlets such as NPR and MSNBC and liberal organizations such as the National Constitution Center are now citing the tracker. Clearly, it has become a bipartisan resource, one upon which both the Right and the Left can rely. 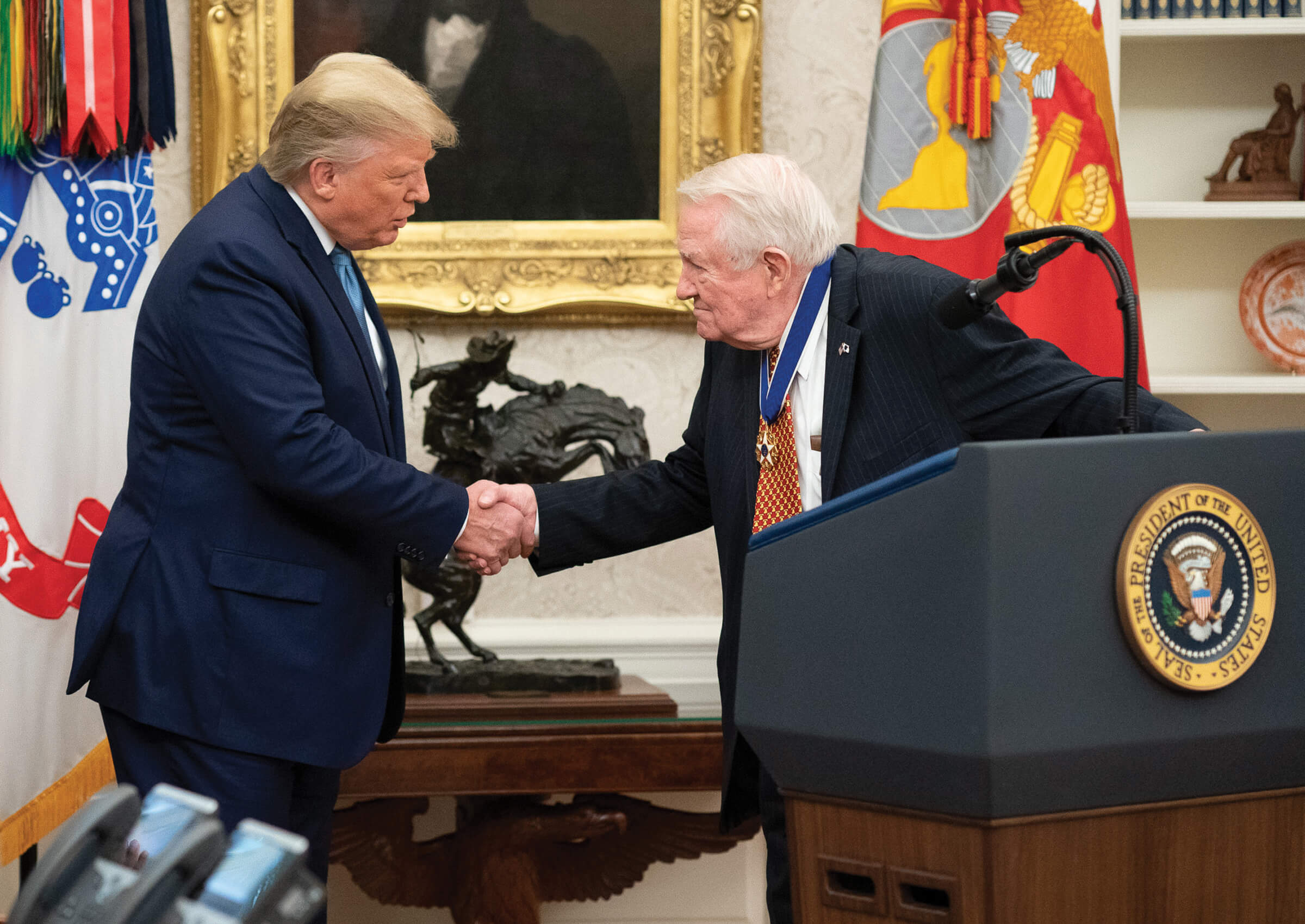 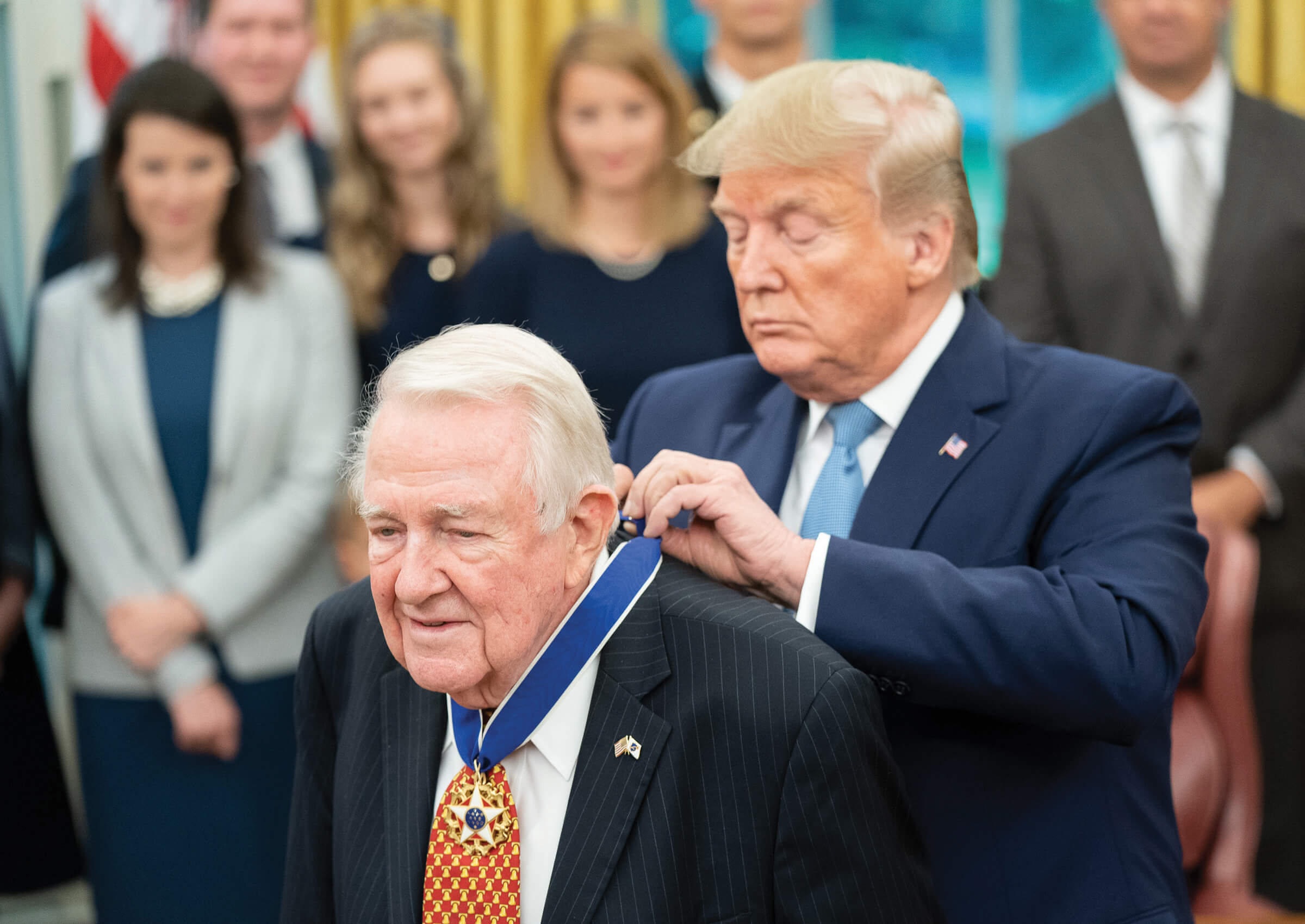 In 1985, Edwin J. Meese III, the 75th U.S. attorney general, did something no attorney general had done since the days of FDR: he questioned how the Constitution ought to be interpreted and asserted that the executive branch had a legitimate role to play in “shaping the form of jurisprudence.”

With that one speech, Meese started an important national debate about the proper application of our most important governing document—the U.S. Constitution. His goal was to persuade judges, even Supreme Court justices, to agree that they should respect the text of the Constitution and the intent of the Founders who wrote it.

Meese was quite clear about the issue. The Supreme Court had engaged in too much policymaking in its latest term, he declared. Rather than show “deference to what the Constitution—its text and intonation—may demand,” far too many of the court’s opinions were “more policy choices than articulations of long-term constitutional principles.”

The remedy, he said, was for the court to employ a “Jurisprudence of Original Intention,” a return to the intent of the authors of the Constitution and the Bill of Rights.

With that speech and two others that followed, Meese was the first attorney general since Robert Jackson (under President Franklin D. Roosevelt) to question how the Constitution ought to be interpreted and to recognize there is a role for the executive branch in “shaping the form of jurisprudence.”

Meese was not a revolutionary but an apostle of ordered liberty. The “Great Debate” that he started 35 years ago has fundamentally altered the constitutional landscape of our nation for the better.

On Oct. 8, Meese’s lifetime of service to his country was recognized when President Donald Trump awarded him the nation’s highest civilian honor, the Presidential Medal of Freedom.

In presenting the award, the president said: “For nearly half a century, [The Heritage Foundation] have been titans in the fight to defend, promote, and preserve our great American heritage. Few people have worked harder to protect this heritage than Ed Meese, a fearless defender of our Constitution.”

To that, we, his colleagues and fervent admirers at Heritage, can say only, “amen.”