Helena Richardson is the Director of the Young Leaders Program.

As the director of the Young Leaders Program, Helena leads the Heritage Foundation’s efforts to develop college campus outreach, young professional engagement, and the Heritage internship to equip the next generation of conservative leaders.

Before joining The Heritage Foundation, she worked at The LIBRE Initiative, a nonprofit organization dedicated to promoting free market principles in the Hispanic community. In her role as eastern coalitions coordinator for LIBRE, she oversaw coalition building with students, young professionals, and families in North Carolina, Ohio, Virginia and Wisconsin. Prior to this role, Richardson worked as a legislative assistant with Becker & Poliakoff’s government relations team in their Washington, D.C. office. Richardson also worked for the Congressional Hispanic Leadership Institute as a programs manager to oversee leadership development and congressional outreach.

In 2014 she earned the recognition of Red Alert Politics “30 Under 30,” which highlights young, right-of-center leaders who are making a difference on a local, state, and national scale and in their communities, and in 2015, she was named to Forbes “30 Under 30” in Law and Policy.

Richardson was born in San Juan, Puerto Rico, and grew up in Miami, Florida, and is fluent in Spanish. She earned her Bachelor of Arts degree in political science at Florida International University. She lives in Fairfax, Virginia with her husband, Jordan Richardson. 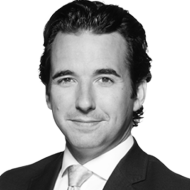 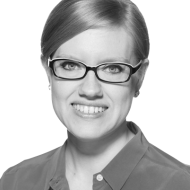