The Secret of Heritage’s Success: Our Members 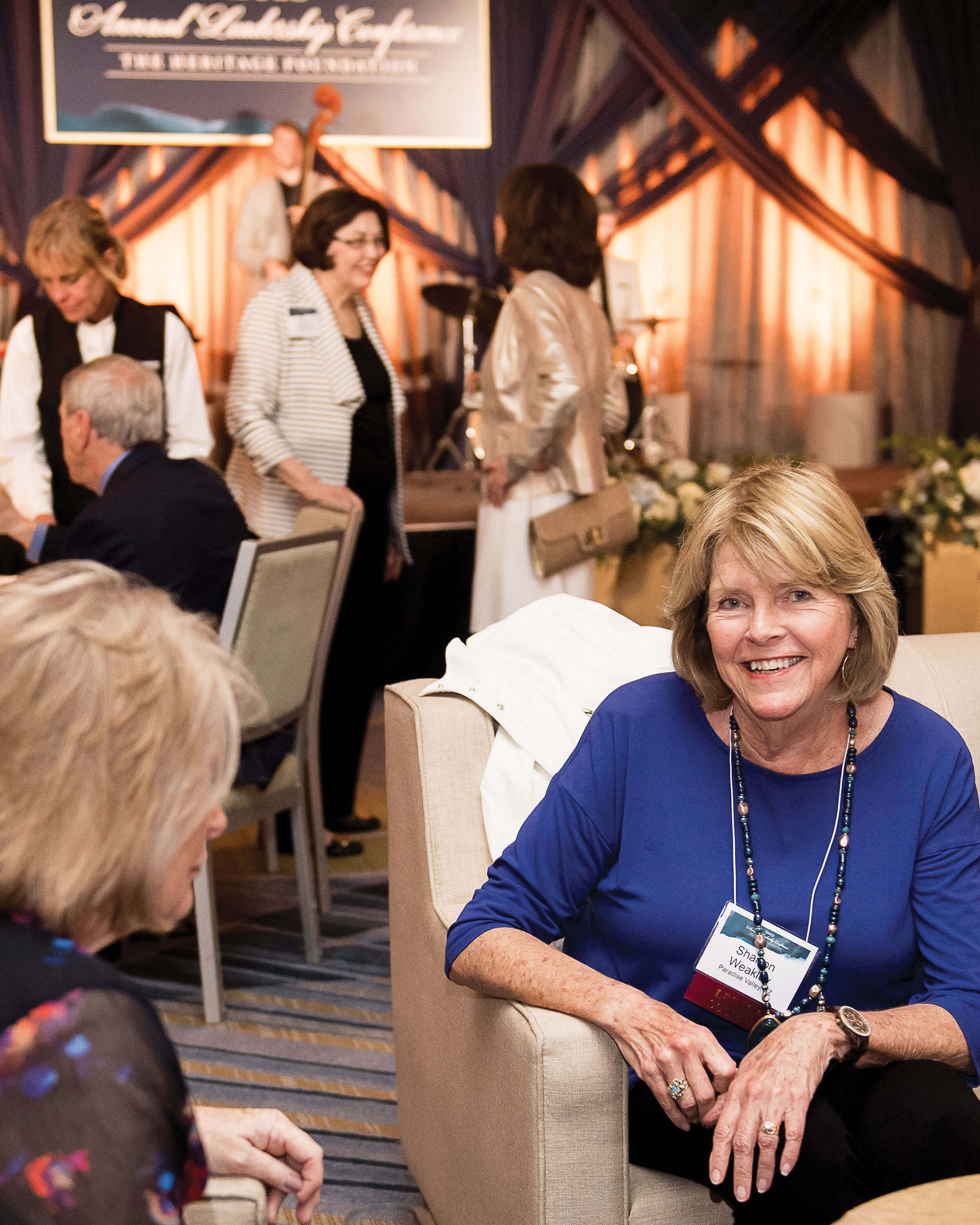 Members socializing at the 2019 Annual Leadership Conference in California.

The 2018 elections weakened the hand of conservative lawmakers and emboldened the Left. Liberal leaders took up the gavel in the House and were pushed even further left by the media’s newest darlings: “The Squad.” Medicare for All, the Green New Deal, and other radical proposals came hard and fast.

But Heritage members were having none of it. They fought back by giving as never before to the one think tank uniquely capable of stopping the Left’s agenda in its tracks.

At our Annual Leadership Conference in April, our generous donors contributed a record-breaking $14 million to Heritage, thanks to a matching gift challenge issued by our Board of Trustees.

That energy continued throughout 2019. By year’s end, our incredible supporters, now numbering more than a half million, contributed nearly $153 million in gifts, pledges, and estate commitments to Heritage and Heritage Action.

This outpouring of support is humbling and most deeply appreciated. It enabled us to achieve the many victories noted in this report—and more.

As gratifying as those victories are, some of our best experiences in 2019 came when we at Heritage were able to spend time with our members in meetings across the nation. We held 25 regional member meetings throughout the year, including unforgettable events with Jordan Peterson in New York City and Sebastian Gorka in Naples, Florida. Together, we drilled down on the issues, discussed alternative solutions, brainstormed new ideas, and forged new partnerships.

The crown jewel of the year was our annual President’s Club Meeting, which included our first-ever Heritage Honors Gala. Headlined by Vice President Mike Pence, the gala was a star-studded evening of unabashed patriotism and celebration. And even in October, we had much to celebrate, from victories on deregulation to a strengthened military and border security, from new protections for the unborn to the appointment of scores of constitutionalist judges.

When we look back at 2019, we can’t help but be thankful for our members: Americans who understand the amazing legacy and responsibility passed down to us by our nation’s Founders. Thanks to you, America—and Heritage—is stronger than ever. We enter 2020 on a strong financial footing and well prepared to meet the challenges ahead. 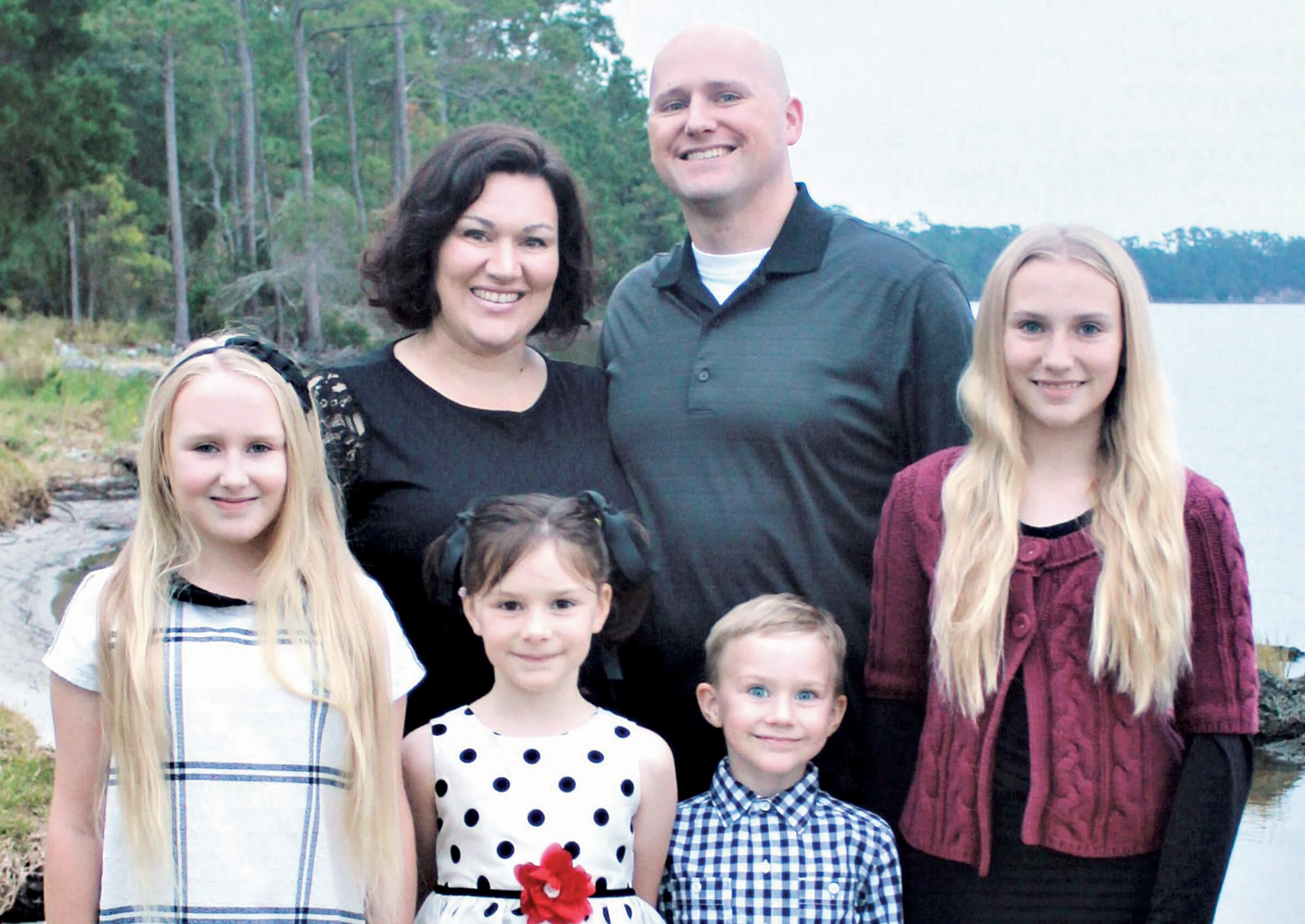 Elizabeth Anderson and her family.

My first job out of college was teaching math in a Los Angeles County school. I probably shouldn’t have been surprised, but I was, that so few of my peers shared my passion for the ideals upon which our country had been founded.

When I read the writings of the Founding Fathers, I fell in love with the idea of freedom from overbearing government. I was inspired by ideas such as: I—not government—am most able to determine my own happiness, only free men own guns, and overbearing taxation is theft.

The America I know is truly a daring idea. The Constitution magnificently parses the responsibilities of government and the freedoms of people. Laws matter. Policy matters. It affects people’s lives.

I felt deeply about personal responsibility and freedom from government oppression.

As a public-school teacher, I saw public-sector unions undermine schools. Education determines people’s futures, and students who are poorly educated become adults who suffer. In 2019, there is no excuse for poor educational services.

But I found that most of the adults I knew didn’t talk about appropriate taxation or about holding government accountable.

So, I searched for champions of conservatism, and I found The Heritage Foundation. And I was very happy to find the thoughtful, intelligent, informed opinions that Heritage provides. I love receiving Heritage emails to stay informed.

My husband, Colin, a Navy corpsman with four deployments and a Purple Heart, has always been happy to support The Heritage Foundation. He tells stories of the many countries he’s visited and how their governments determine the opportunities for their citizens.

We want personal freedom for everyone, so they can take pride in determining their own lives—without interference from a burdensome government. We want every child, not just our four, to have access to excellent education.

That’s why we are happy to invest in The Heritage Foundation.

Editor’s note: Elizabeth Anderson has been a Heritage member since 2010.

Anyone age 40 years or younger can become a Young President’s Club member with a donation of $250 or more. To learn more, go to heritage.org/donate. 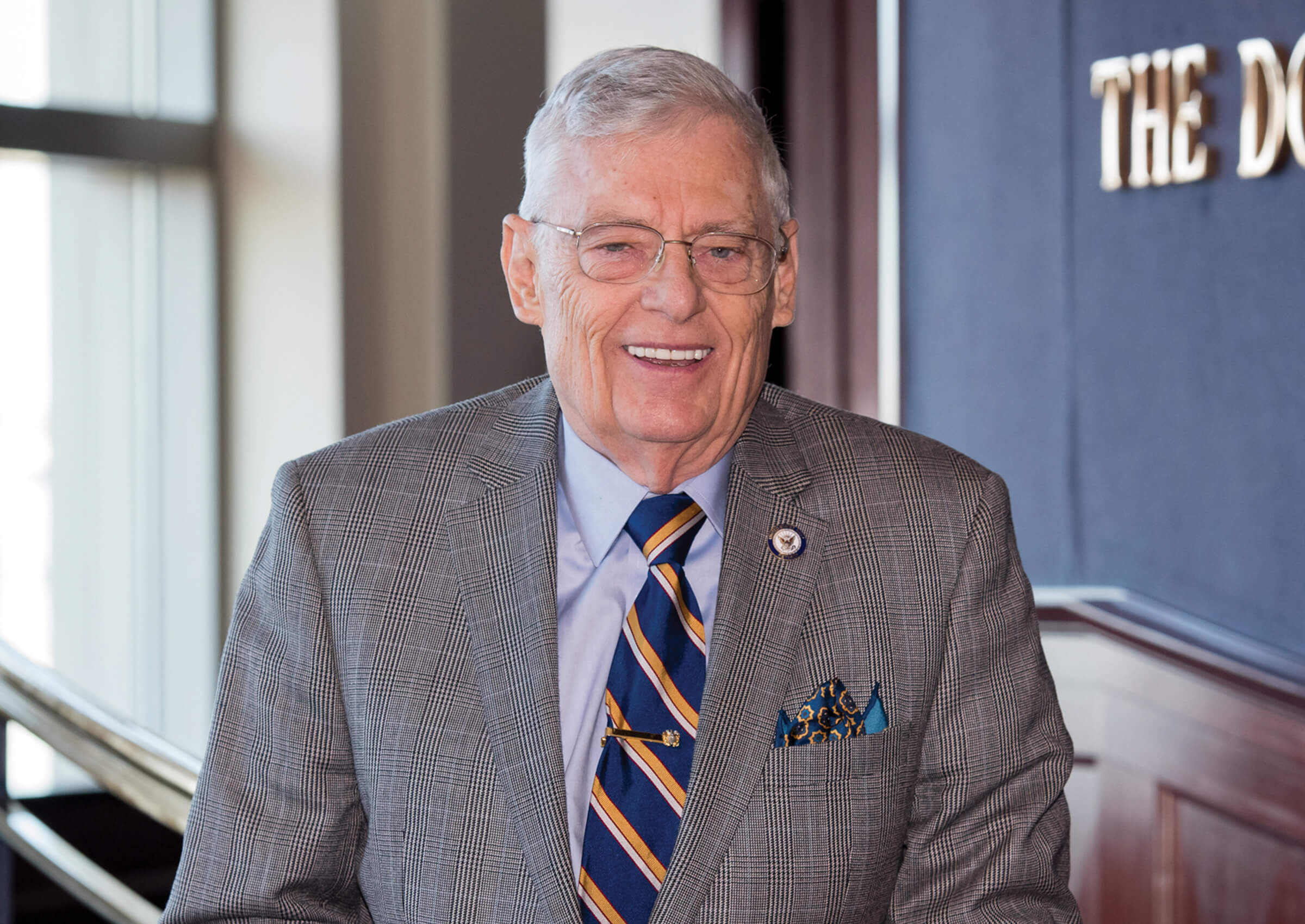 In 1954, 16-year-old Bob Fuller landed his first summer job: picking beans for 15 cents a box. It gave him gas money for his Model A Ford, and life was good.

He switched summer jobs in college—working as a telephone lineman. It was neither easy nor entirely safe. But Fuller loved it.

“I was getting my hands dirty again,” he recalls. “I had spikes on my boots, climbing telephone poles, working with blue-collar guys smoking Camels. I wasn’t playing golf at the country club.”

Fuller comes from a well-to-do family, but you’d never know it. Throughout his life he has eschewed elitism. But he’s also embraced the free market. He recalls that in college “most of my professors were firm believers in FDR and the idea that government was the solution to mankind’s problems.”

At the time, Fuller says, he lacked the intellectual firepower to challenge his liberal-minded professors. But a lucky coincidence inspired his will to stand up to the elites: A prep school classmate, Jim Burnham, Jr., was the son of one of the founders of National Review.

“Little did the librarian know,” Fuller says, “when she put the magazine on the shelf as a courtesy to Burnham, what effect it would have on me.”

In 1964, Fuller graduated from law school. He practiced law in Maine for the next 40 years. He also eventually became a reserve officer in the Judge Advocate General’s Corps.

Fuller describes himself as a “latecomer conservative activist.” He did not become a member of The Heritage Foundation until 2009.

Though technically a member of the so-called Silent Generation, Fuller hasn’t been silent since becoming a Heritage member. During a 2019 visit to Heritage’s headquarters, he grabbed a stack of Heritage Pocket Constitutions, which he leaves in strategic places. “They’ll do far more good in a doctor’s office than an outdated copy of People magazine,” he laughed.

Fuller sees giving to Heritage as an investment:

I served in the armed forces. My goal is to concentrate my financial firepower through an organization that not only represents my ideals, but also has the resources and talent to present them to those in power. The Heritage Foundation has passed all my tests and exceeded my expectations.

Through his generosity—and by allowing us to share his story—Fuller has certainly exceeded ours. 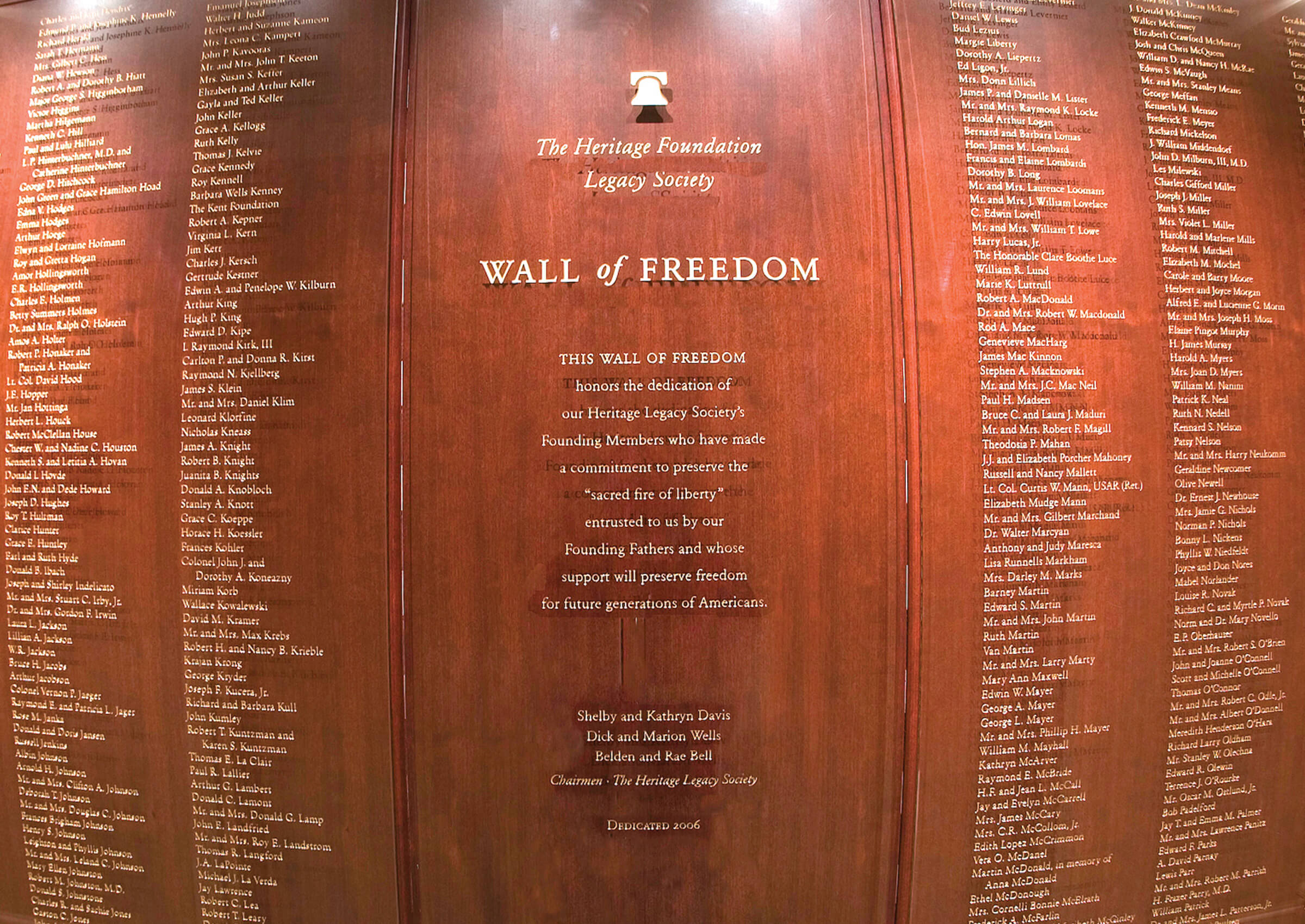 “You will never know how much it has cost my generation to preserve your freedom. I hope you will make a good use of it.”

Our Founding Fathers dedicated their lives, their fortunes, and their sacred honor to secure the freedoms we enjoy today. Members of our Heritage Legacy Society understand the depth and importance of that commitment—and they’ve followed that example.

Legacy Society members have remembered Heritage in their wills, trusts, or other planned gifts. In this way, these modern-day patriots are safeguarding America’s founding principles for future generations. The Heritage Legacy Society is honored to welcome the new members who joined in 2019. 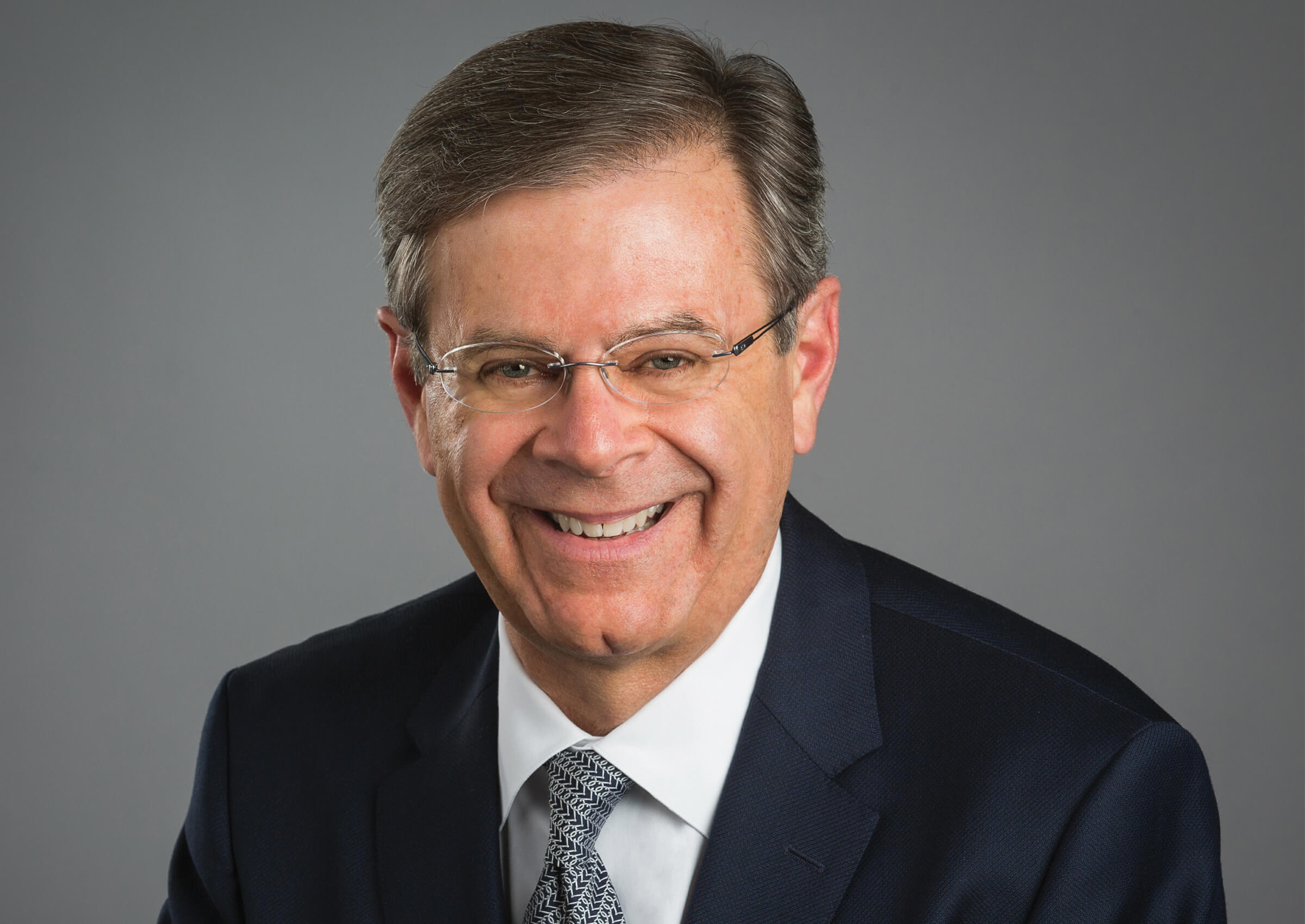 It was during the energy crises of the 1970s that Heritage Legacy Society member Sam Hammons acquired much of his expertise on energy policy.

Working in the offices of Oklahoma lawmaker Carl Albert, Hammons had a front-row seat to some of the most tumultuous political and cultural debates in American history. Working with Albert in the statehouse and then in the nation’s capital, Hammons gained a lifetime’s worth of experience, all before the age of 30.

It propelled him into a lifetime of shaping public policy—particularly energy policy—in the White House as well as in his beloved home state of Oklahoma. Today, Hammons continues to act as a successful energy and financial adviser. And he remains committed to the fight to keep America true to its founding principles.

Here’s how he sees it:

Every great country or empire makes the assumption that ‘it’ won’t happen to them—‘it’ being their decline or destruction.

Unfortunately, history has proven otherwise. There are certainly some empires that have slipped into mediocrity, but the vast majority have dramatically and tragically chosen their path, usually due to lack of understanding of history or the lack of will to change course.

As to why he and his wife, Joy, chose to include Heritage in their estate plans, Hammons explains it this way:

It’s important for me to know that some of my estate will help perpetuate the principles upon which our country was built. We can’t forever live in the afterglow of our Founding Fathers’ amazing talents, insights, and the basic foundation they laid for us. Now it’s up to us.

Given how destructive societal apathy can be, I guess you can say our decision to include an estate gift for Heritage is a proactive way to appreciate where our freedoms come from, stand up for them, protect them, and treasure them.

I know as an individual I can make a difference, but certainly with others, we can make an even greater difference. Heritage is an organization we can believe in and can trust not to drift from its moorings, and this makes us all the more comfortable in our decision.