Home / Contents / The Institute for Family, Community, and Opportunity

The Institute for Family, Community, and Opportunity 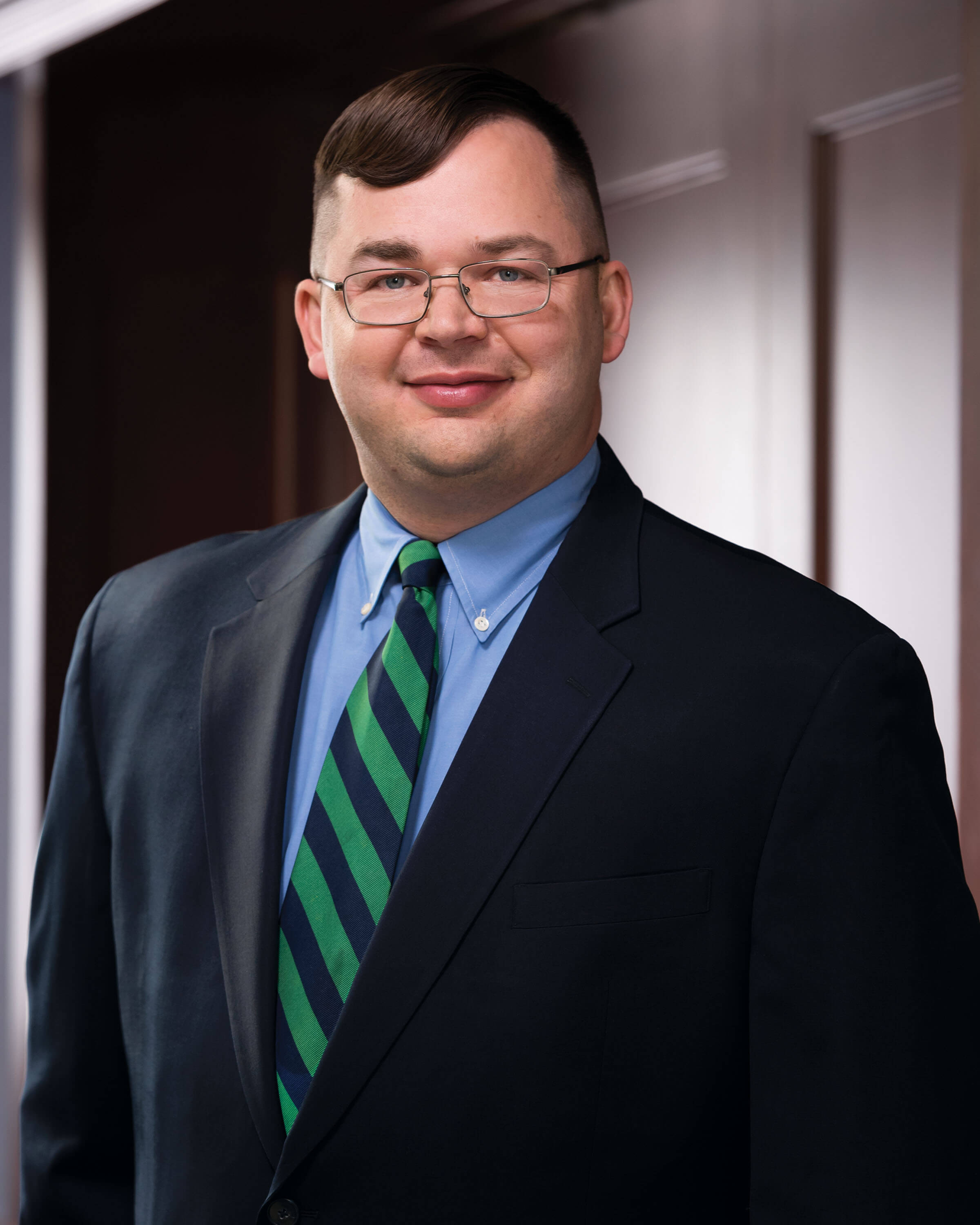 Jamie Bryan Hall was the first in his family to go to college, but he took to academia like a fish to water. At Harvard University, he earned not one but two degrees: one in applied mathematics, and the other in statistics.

Now seasoned by stints with the CIA, the Council of Economic Advisers, the National Security Council, and the for-profit sector, Hall today is recognized by his peers as a quantitative analyst par excellence. For the last four years, he’s put those skills to work at Heritage, crunching numbers to expose the flaws in leftist policy.

Working in our Domestic Policy Studies department, Hall has written frequently on the importance of skills-based immigration and the need to optimize linkage between our immigration and welfare systems.

His research has also exposed exaggerations in the government’s poverty statistics, taxpayer-subsidized waste in the higher education system, and misleading information from abortion providers.

In 2019, Hall trained his sights on the latest brainchild of the Left: Medicare for All.

Analyzing the proposal to replace all existing private health coverage with a government-run program, Hall determined that it would leave the vast majority of Americans worse off financially.

Federal payroll taxes would soar to 36.5% for most workers. The typical household would see its disposable income plunge more than $5,600 per year. As for the promised “savings,” Hall found that two of every three households would wind up paying more in taxes than what they currently pay in health premiums and out-of-pocket expenses.

The numbers were big—and so was the difference they made on Capitol Hill. When Hall’s analysis circulated through House and Senate offices, enthusiasm for the proposal waned and advocates for free-market-oriented health care reform had the ammunition needed to keep Medicare for All at bay. 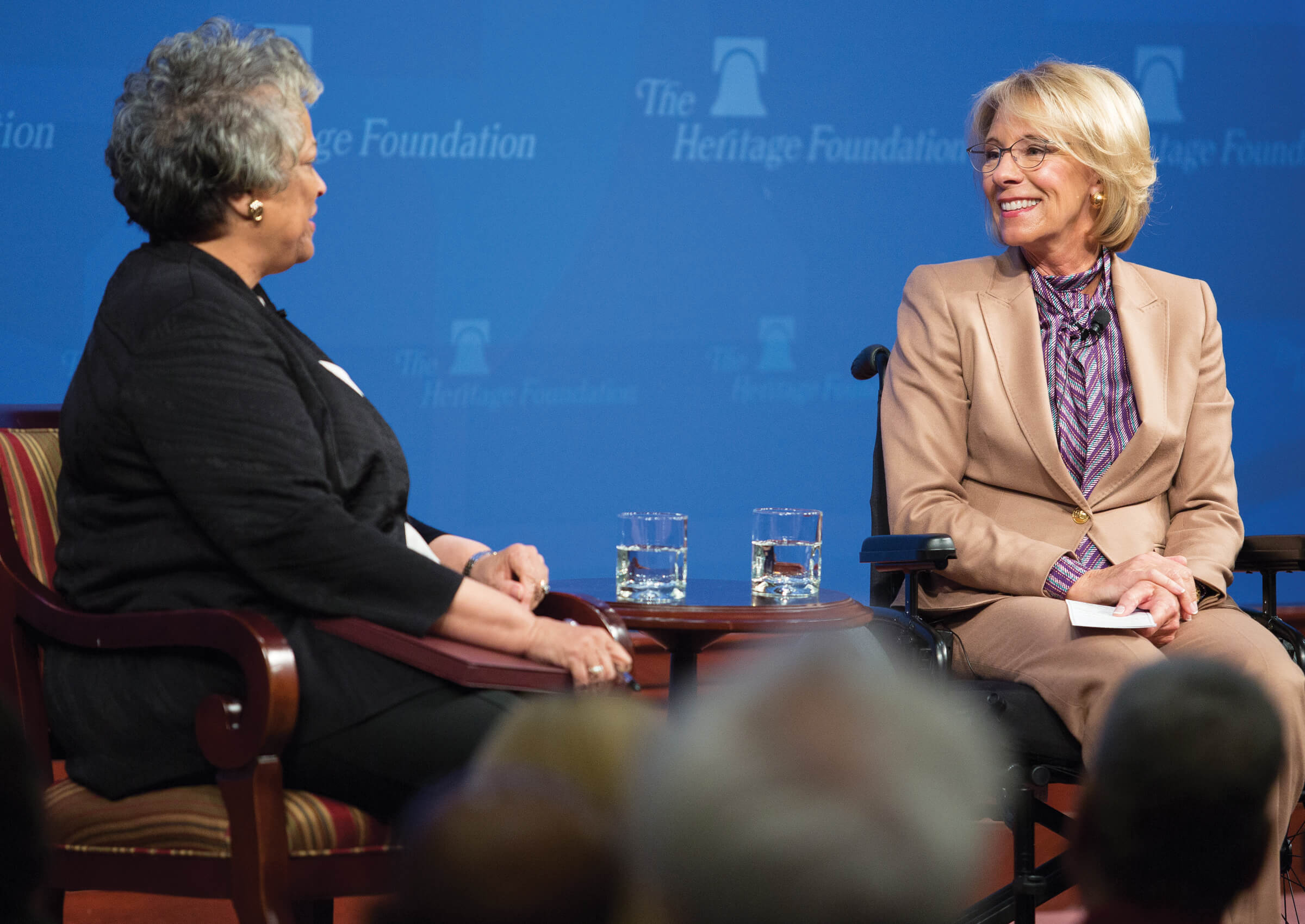 On the 15th anniversary of the D.C. Opportunity Scholarship Program, a school voucher initiative in the nation’s capital, Education Secretary Betsy DeVos (right) and Heritage President Kay C. James discussed the progress to date and the path forward. 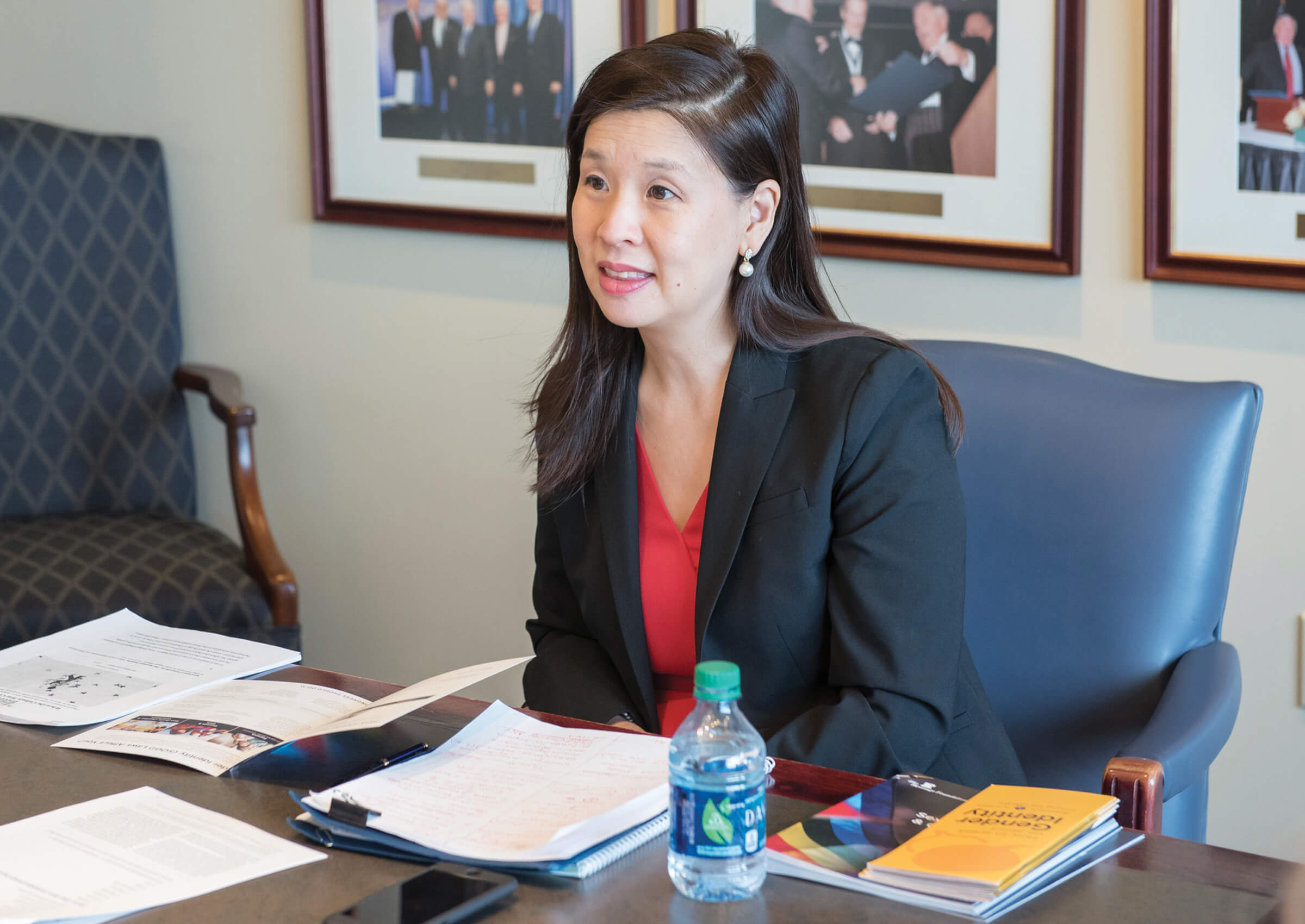 At the 2019 President’s Club Meeting Open House, Emilie Kao leads a policy chat about the Equality Act and the sexualization of children.

A Better Approach to Health Reform

Meanwhile, Hall’s colleagues concentrated on building support for our Health Care Choices plan. We developed this plan with the help of conservative allies in 2018, and the reform proposal now enjoys the support of more than 110 coalition cosigners.

In October, its status as the leading free-market alternative to Obamacare became evident when the Republican Study Committee released its health reform plan, at the Heritage Foundation’s annual President Club event. The RSC plan tracks closely with Heritage recommendations.

The administration subsequently issued a regulation, consistent with our recommendations, allowing employers to shift from defined-benefit health plans to defined-contribution plans. Small wonder, then, that Business Insider named Domestic Policy Studies Director Marie Fishpaw one of its “top health care power players of 2019.”

Heritage’s influence was felt at the state level, as well. In seven states that adopted regulatory relief reforms, Obamacare premiums fell more than 7%, compared with a 3% median increase in other states. Once again, conservative policy has proved to be a solution.

Quality Scholarship on Paper and in the Classroom 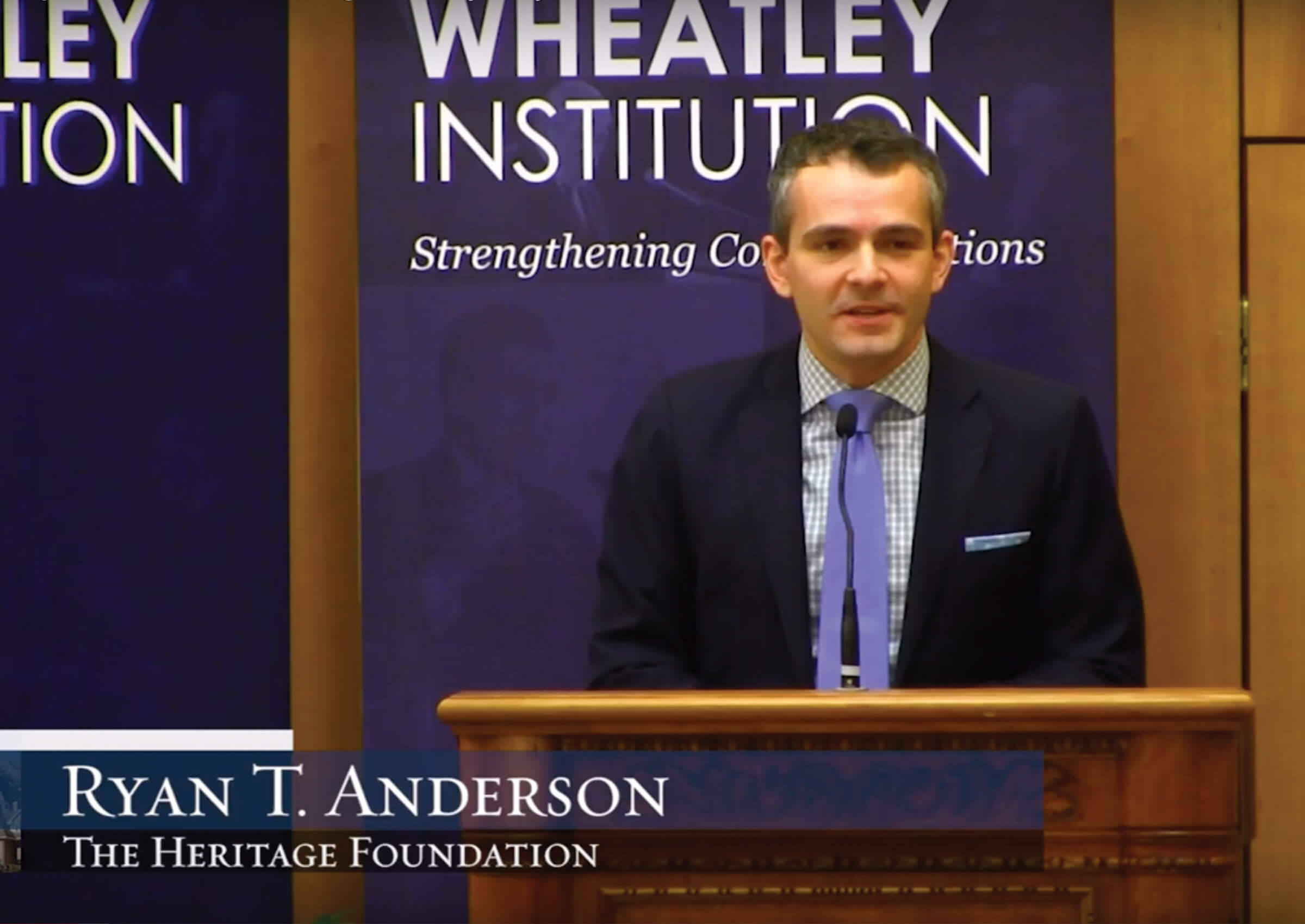 On campus at Brigham Young University, Dr. Ryan T. Anderson lectures on “The Importance of Marriage Today” at the Wheatley Institution, March 21, 2019.

Our William E. Simon Fellow, Ryan T. Anderson, sparked a national debate in 2018 with the publication of When Harry Became Sally: Responding to the Transgender Moment. When released in paperback in August 2019, the book quickly soared to the top of bestseller lists, opening at No. 3 on The Washington Post’s D.C. nonfiction list, then reaching No. 1 in Amazon’s “New Releases in Natural Law” category.

It goes to show: Quality will win out. As Johns Hopkins University professor Paul McHugh put it: “When Harry Became Sally provides the empirical information needed to refute the transgender suppositions, and—in a most original way—makes historic sense of this social misdirection.”

Anderson proved to be a hit on campus as well as in bookstores. The University of Dallas named him its first-ever social thought teaching fellow. Anderson relishes his new collegiate duties. “While I continue to research and write about marriage, bioethics, religious liberty, and civil society for Heritage, now I can help the next generation think through many of these same issues, face-to-face.”

In February, the Department of Health and Human Services (HHS) issued the Protect Life Rule, which bars organizations receiving Title X family planning funds from performing abortions. The revised regulation, long sought by Heritage’s DeVos Center for Religion and Civil Society, is expected to strip Planned Parenthood of some $60 million in federal funds.

The abortion industry fought back in courts, winning state and local injunctions to block HHS from implementing the reform. Thankfully, the 9th Circuit U.S. Court of Appeals overturned those rulings in July, and HHS put most of the rule in effect immediately—a tremendous step toward getting taxpayers out of the abortion business.

DeVos Center scholars also played a critical role in encouraging HHS to revise Obamacare Regulation 1557, which redefined discrimination “on the basis of sex” to include gender identity. This forced doctors, hospitals, and insurers to provide and pay for sex-reassignment procedures. These are purely elective operations. In May, HHS proposed clarifying the regulation by noting that the legal meaning of the term “sex” remains biological sex. The clarification is estimated to save approximately $3.6 billion in unnecessary regulatory costs over five years.

The DeVos Center also educated Congress and the public about the pitfalls of the so-called Equality Act. This bill, introduced in March, would make “sexual orientation” and “gender identity” protected classes under federal civil rights law.

Director Emilie Kao led a broad coalition against the proposal, arguing that the Equality Act would actually further inequality—by penalizing those who hold to traditional beliefs about marriage and biological sex. Unfortunately, she was able to point to a growing number of instances in which state and local variants of the Equality Act have been misused in this way.

Kao brought these concerns to the forefront in appearances on Fox News and C-SPAN and in numerous op-eds. Partly because of Heritage’s strong stance, the bill limped through the House with much weaker support than expected and never came up for a vote in the Senate.

Kao and two other members of the DeVos team, Dr. Ryan T. Anderson and Grace Melton, raised the alarm on the international stage, as well. In March, they traveled to New York to attend the United Nations’ 63rd Commission on the Status of Women. Co-hosting a panel on “Gender Equality and Ideology,” Anderson and Kao shared their insights concerning the dangers of transgender ideology. Melton chaired a second panel, “Protecting the Rights of Women and Girls in the Age of Gender Identity.”

The DeVos Center’s influence was evidenced again on Nov. 1, when HHS announced its intent to end the Obama-era practice of withholding federal grants from faith-based foster care and adoption services agencies that refuse to act against their traditional views regarding same-sex marriage.

White House adviser Kellyanne Conway explained the rationale behind the reform this way: “I don’t want to discriminate against anyone; I want groups to be able to continue their work without being discriminated against.” No longer will HHS grant-making infringe on religious freedom. 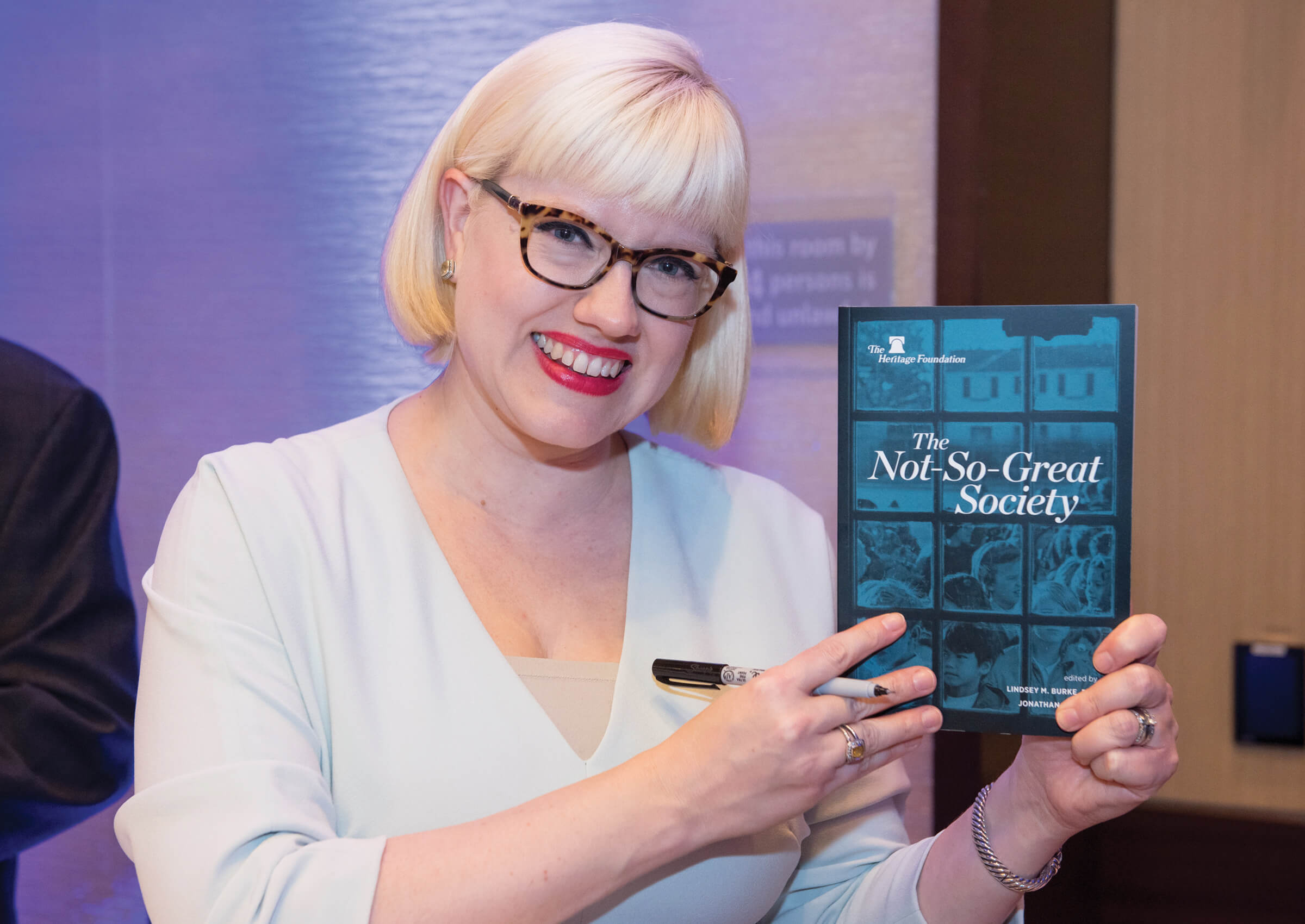 Lindsey Burke, editor of The Not-So-Great Society, at a book signing at the 2019 President’s Club Meeting. 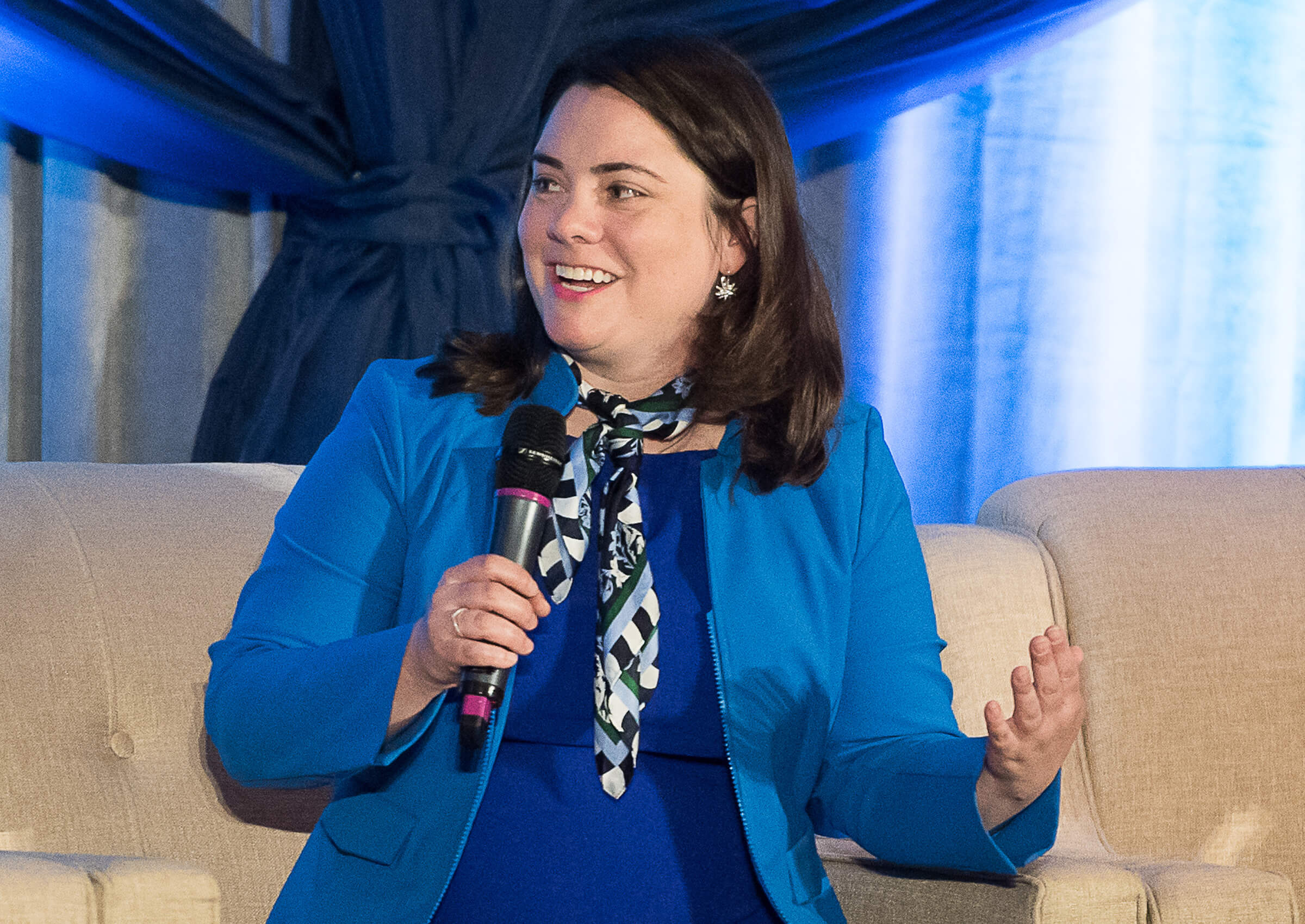 Expanding Education Opportunities for All

In June, Education Secretary Betsy DeVos rescinded the Obama administration’s “gainful employment” regulation. The rule had made it harder to get a federal student loan if you enrolled in a for-profit college or vocational training school rather than a public university.

Heritage had opposed the regulation from the start, even citing it as one of several education regulations deserving of repeal in our 2018 Blueprint for Balance.

Just a month before DeVos rolled back the regulation, Lindsey Burke, director of our Center for Education Policy, testified before the House Subcommittee on Economic and Consumer Policy about the need for it to be rescinded. “Many students seek out vocational training as a means of establishing a meaningful, long-term career in a critical field,” she noted. “The government should not penalize them for that choice.”

The education center remained active on the school choice front, as well. It was late 2017 when the then-new center came up with the idea of making Education Savings Accounts available to America’s military families. In the 116th Congress, bills to make that idea a reality were introduced in both chambers by Sen. Ben Sasse, R-Neb., and Rep. Jim Banks, R-Ind.

Senior Policy Analyst Jonathan Butcher testified on behalf of Education Savings Accounts before the South Carolina legislature, while Burke went national—and even international. She presented her research on how regulation affects school choice at the national conference of the Association of Education Finance and Policy. She also spoke at the International School Choice and Reform Conference in Portugal.

With chapters contributed by Stanford’s Eric Hanushek, University of Arkansas’ Jay Greene, Harvard’s Paul Peterson, and more than a dozen other academics specializing in education reform, the book examines how federal intervention in education initiated in 1965 has affected the nation’s classrooms, from preschool through graduate school.

Its inevitable conclusion: the “Great Society” education programs have failed; it’s time to bring civil society back to the fore in education.

The book proceeds to map out a comprehensive agenda for education reform. Among other things, it stresses the importance of civics education and character development; the role of school choice, charter schools, and homeschooling; fixing student loans and college costs; and securing free speech on college campuses. 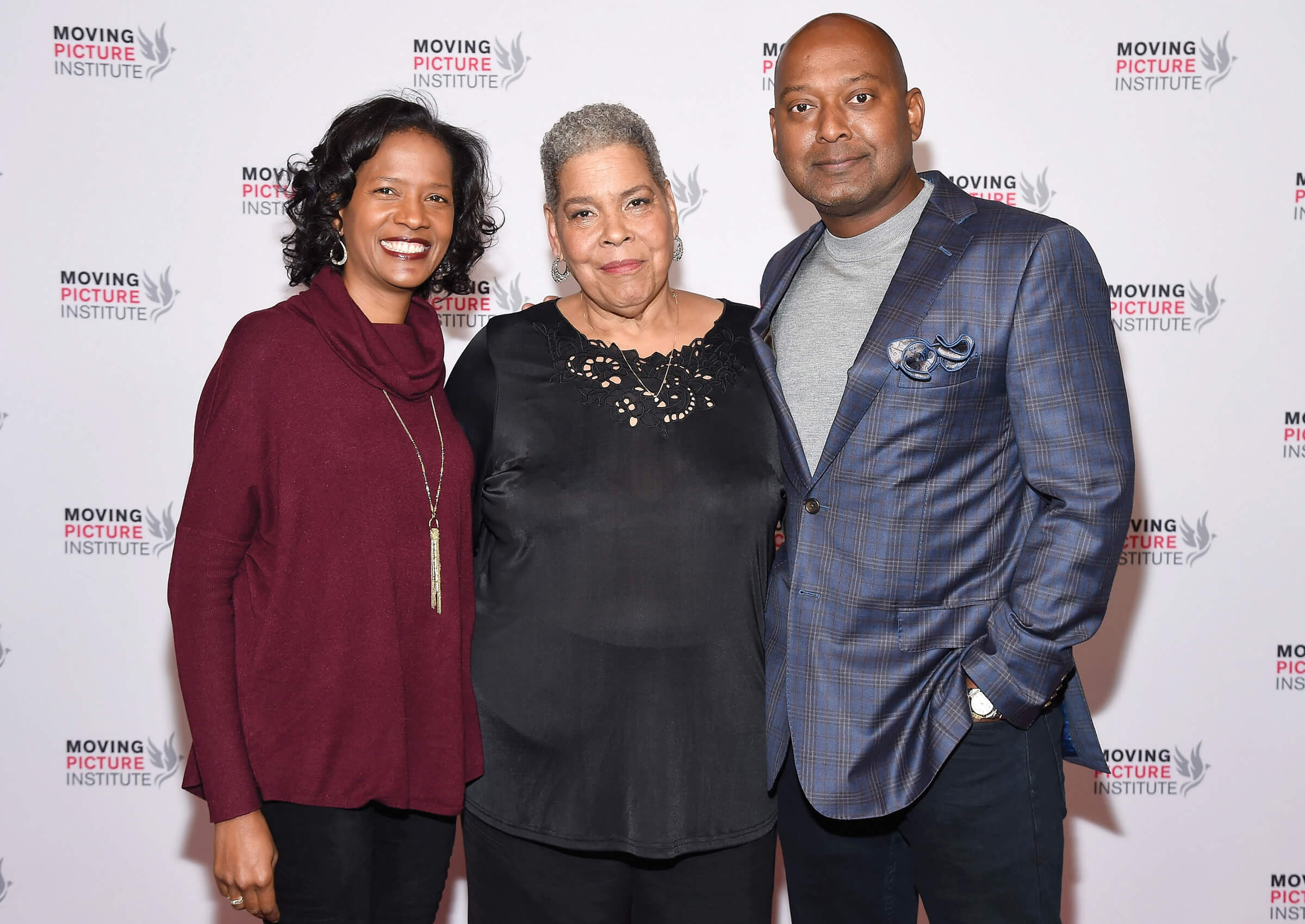 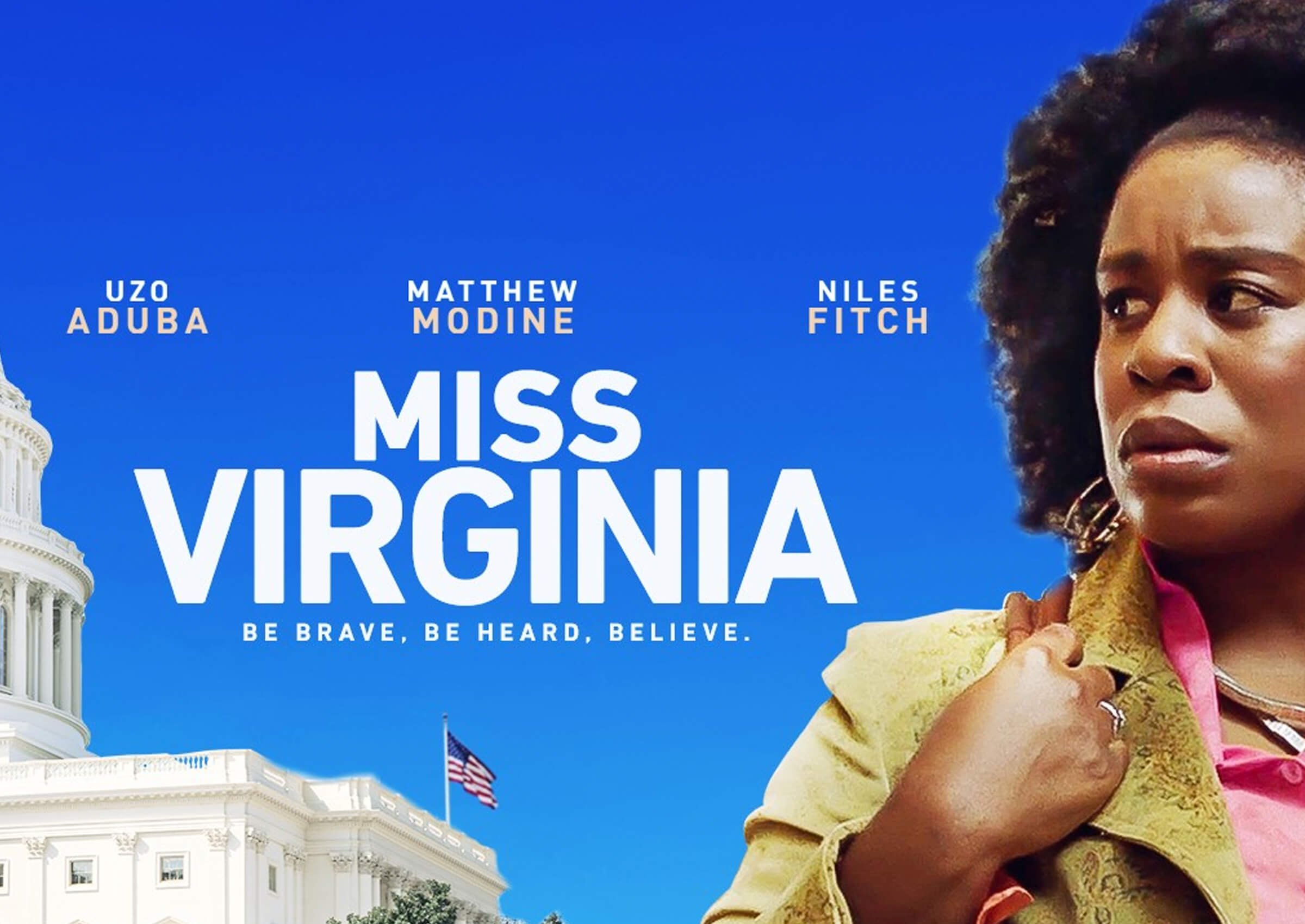 Heritage Visiting Fellow Virginia Walden Ford has been a star of the school choice movement for almost two decades. This year, she became a celluloid hero as well.

Walden Ford’s successful crusade has benefited thousands of children who have been able to enroll in schools where they can be safe and get a real education. Heritage continues to be in the forefront of the school choice movement in states across the country.