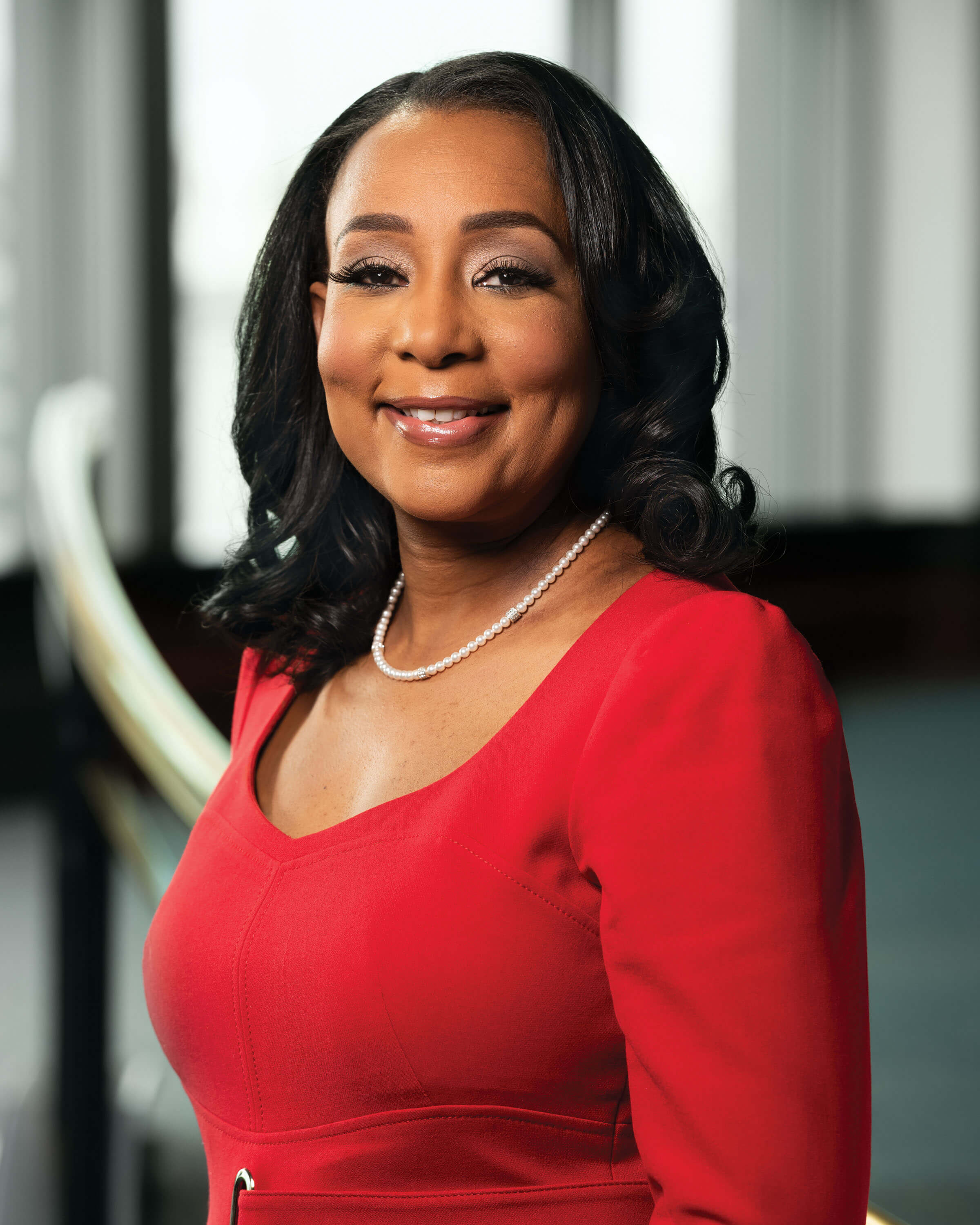 Some of America’s greatest challenges now come from within. We the people are sharply—sometimes bitterly—divided over how to address our country’s many problems.

Our nation’s founding principles and philosophical roots are not widely taught and rightly understood. As a result, socialism has grown increasingly popular—especially among our young people.

To meet these challenges—some of them unimaginable a generation ago—Heritage in October launched the Edwin J. Feulner Institute. Named in honor of our founder, this new wing of Heritage is dedicated to preserving the American idea and demonstrating its validity and relevance to all American lives, regardless of race, creed, or class.

Heading up this enterprise is Angela Sailor, a seasoned leader with experience at all levels of government, as well as in the private sector. No stranger to launching startups, she built an entirely new department within the Republican National Committee, responsible for overseeing coalitions, strategic communications, and constituent services.

Under President George W. Bush, she served as associate director of the White House Office of Public Liaison. Her outreach efforts there led her to assemble numerous coalitions that brought together many diverse constituencies, including communities where conservative policy ideas had seldom made inroads.

More recently, she served as deputy to President Kay C. James at the Gloucester Institute, a Virginia-based nonprofit dedicated to training emerging leaders on how to bridge social divides, resolve differences and develop practical policy solutions.

Nor is she a stranger to managing educational outreach. As deputy chief of staff to U.S. Education Secretary Rod Paige, Sailor oversaw White House initiatives on educational excellence and higher education, as well as the Office for Faith-Based Initiatives.

Her bridge building has continued at Heritage, where she now co-hosts, with President James, a a series of breakfast meetings bringing together center-left and center-right leaders. The featured guest at the first breakfast: U.S. Secretary of Housing and Urban Development Ben Carson.

Even before the official launch of the Feulner Institute, Sailor was already hitting some of its major themes in speeches around the country. For example, she spoke on American exceptionalism at the Georgia Young Republican Women’s Leadership Conference, on Heritage’s “True North” principles at a meeting of the Center for Urban Renewal and Education, and on “The Greatness of America” at the Virginia Tea Party’s 10th anniversary celebration.

She also wrote several opinion pieces for media serving African American communities. One of these columns, “America Is My Home,” was published by seven newspapers. “I love this positive article,” said Ervin B. Clarke, publisher and CEO of Urban Views RVA. “It’s good to have words and examples to highlight the many great opportunities that we have as Americans. We must not forget our past struggles, but our past and future accomplishments should be at the forefront of our thinking. Please send more encouraging articles.”

Associate Director and Research Fellow Arthur Milikh spoke at a panel on America’s Cold Civil War in March. He has lead the fight against the New York Times’ effort to have its inaccurate and misleading 1619 Project taught in classrooms across America. 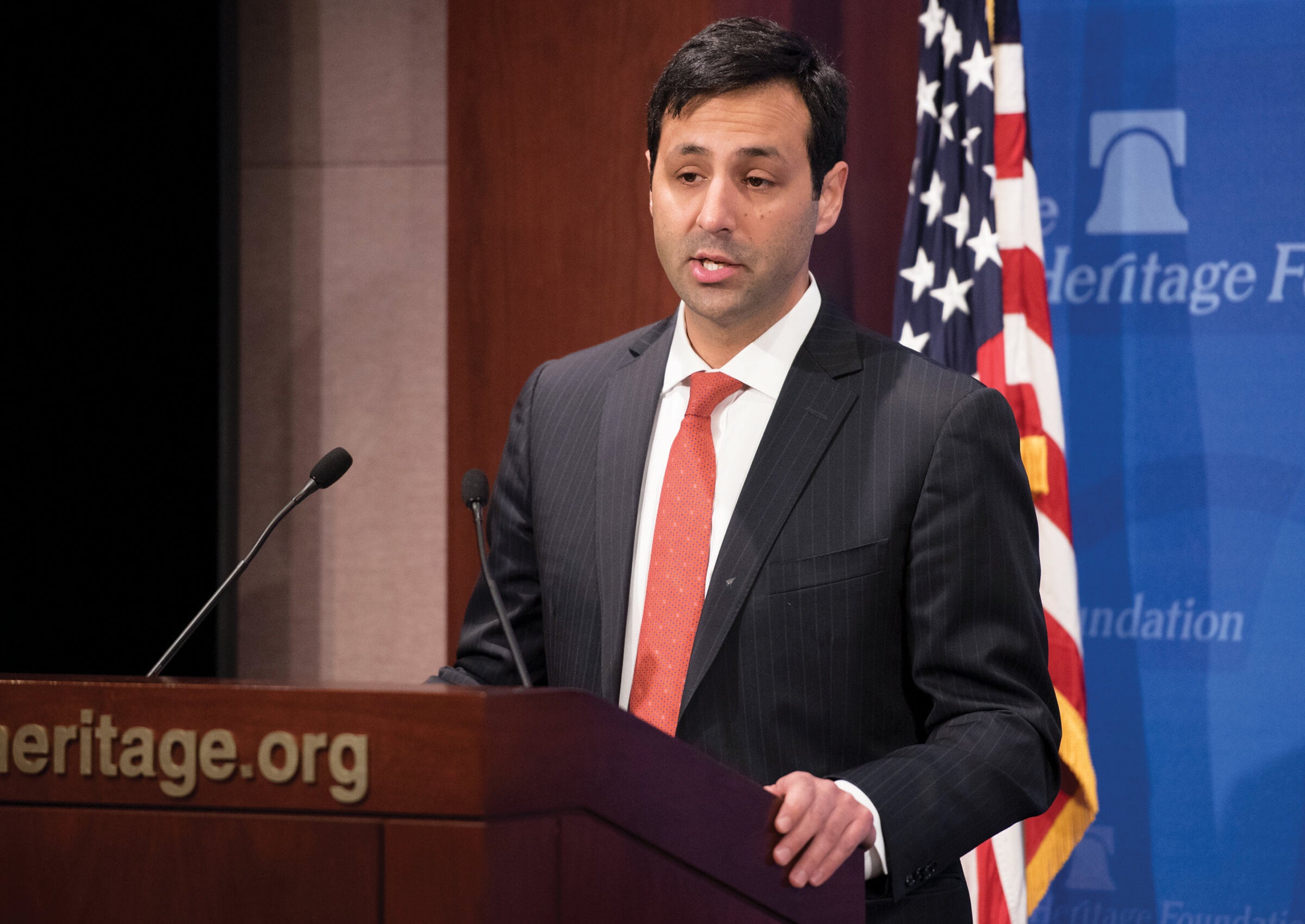 Associate Director and Research Fellow Arthur Milikh spoke at a panel on America’s Cold Civil War in March. He has lead the fight against the New York Times’ effort to have its inaccurate and misleading 1619 Project taught in classrooms across America.

A New Home for the Simon Center

Scholars in our B. Kenneth Simon Center for American Studies are now working within the new Feulner Institute. Their mission remains the same: to defend the institutions and civic virtues that sustain republican self-government; to advance the understanding of American exceptionalism; and to articulate how our nation’s founding principles offer the best hope for bridging the divide that separates Americans today.

These visiting fellows, as well as the Simon Center’s full-time scholars, enter 2020 with a tremendous sense of excitement about meeting the challenges ahead. 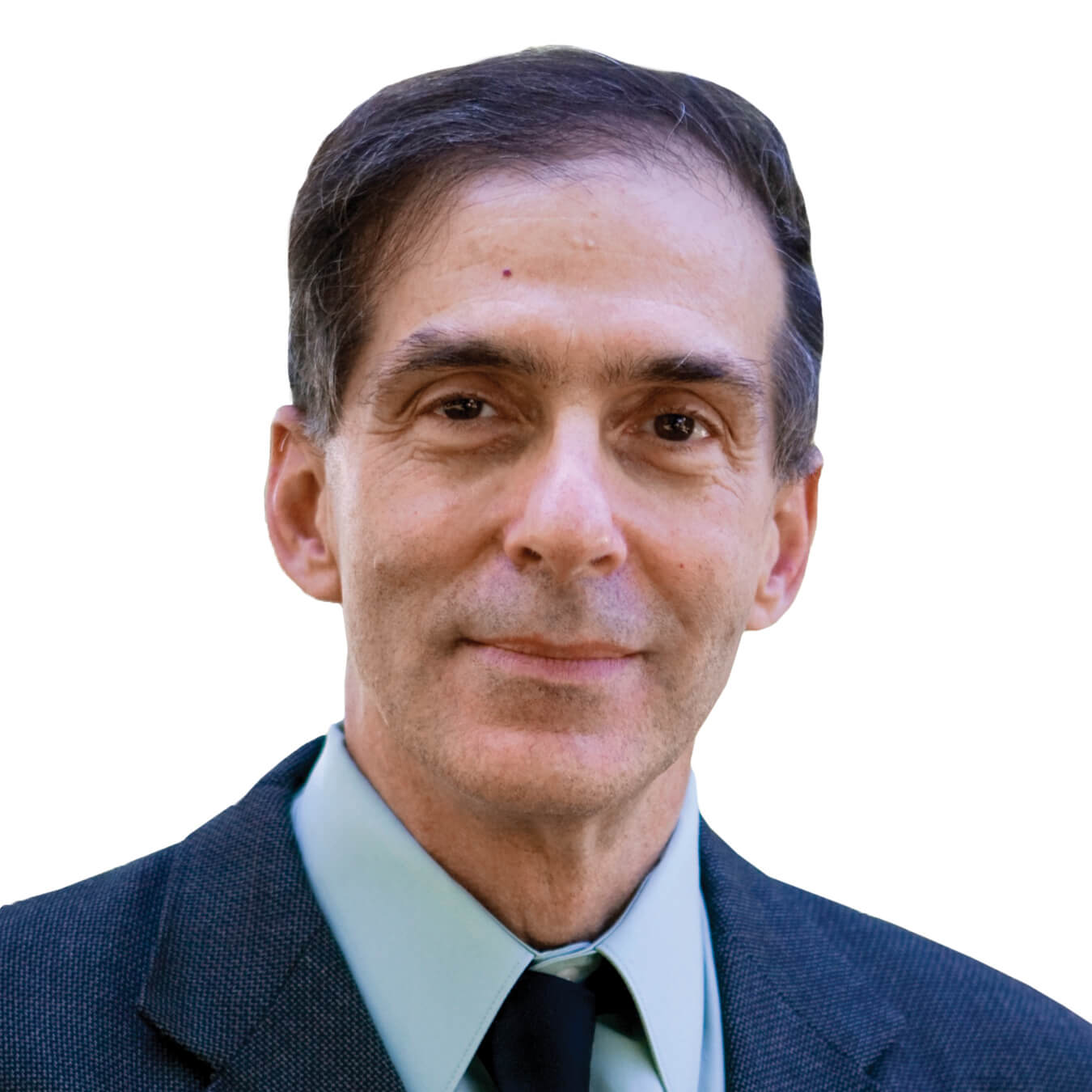 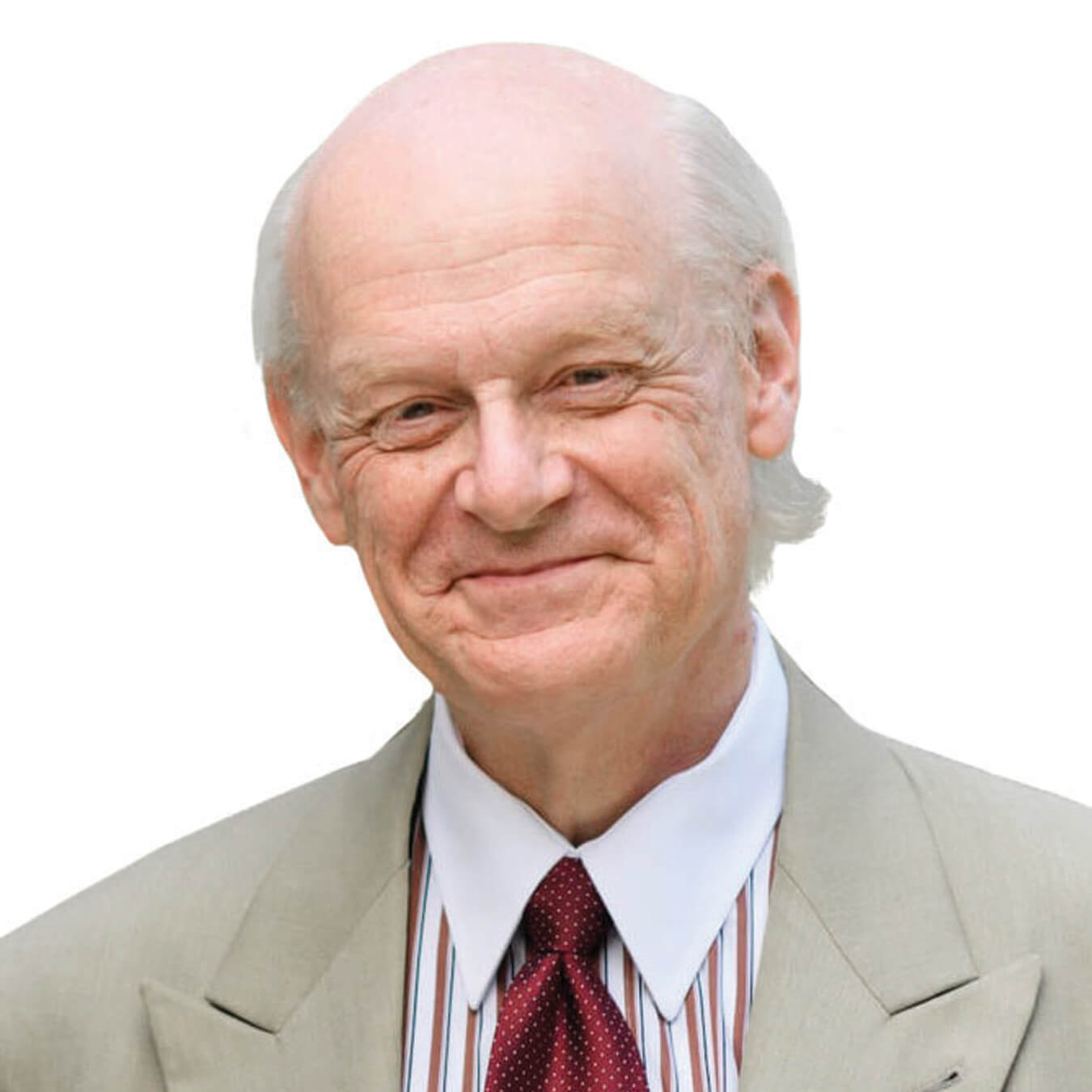 Dr. Allen C. Guelzo is the senior research scholar in Princeton University’s Council of the Humanities and director of Princeton’s James Madison Program Initiative in Politics and Statesmanship. In 2018, he was awarded the Bradley Prize for “contributions [that] have shaped important debate, thought and research on one of the most critical periods of American history.” He has won three Lincoln prizes for his books Abraham Lincoln: Redeemer President (2000), Lincoln’s Emancipation Proclamation: The End of Slavery in America Emancipation (2005), and Gettysburg: The Last Invasion (2013). He is also a leading authority on colonial-era preacher and philosopher Jonathan Edwards and a leading critic of The New York Times’ 1619 Project, which holds that America is defined not by her founding documents but by slavery. Guelzo earned his Ph.D. in history from the University of Pennsylvania. 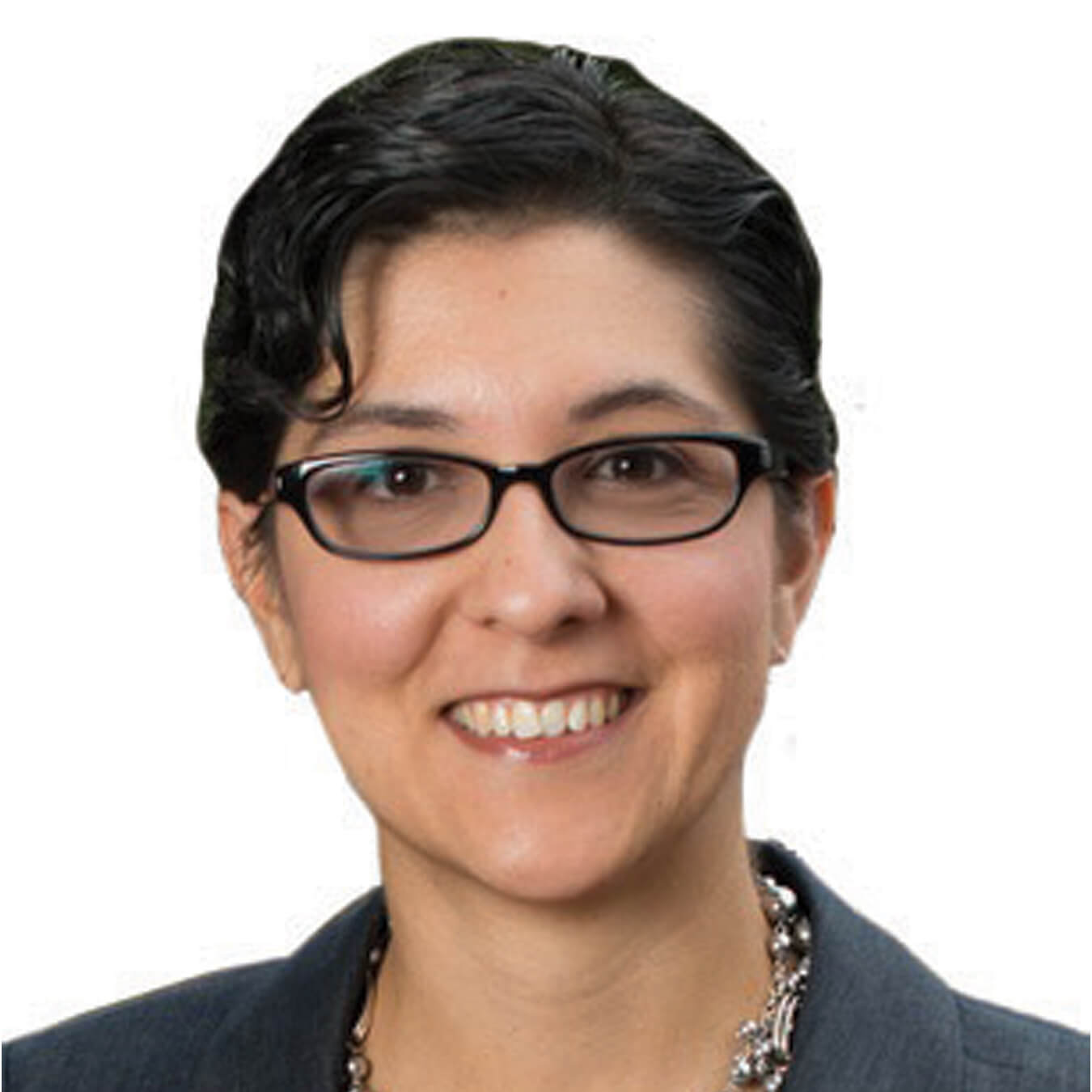 Dr. Melissa Moschella is an assistant professor of philosophy at The Catholic University of America. She speaks and writes on a variety of contemporary moral issues, including brain death, end-of-life ethics, parental rights, reproductive technologies, and conscience rights. She has been widely published in scholarly journals as well as popular media outlets such as The New York Times, USA Today, and The Washington Post. Her book, To Whom Do Children Belong? Parental Rights, Civic Education, and Children’s Autonomy, was published in 2016 by Cambridge University Press. A magna cum laude graduate of Harvard University, she holds a licentiate in philosophy from the Pontifical University of the Holy Cross in Rome, and a Ph.D. in political philosophy from Princeton University. 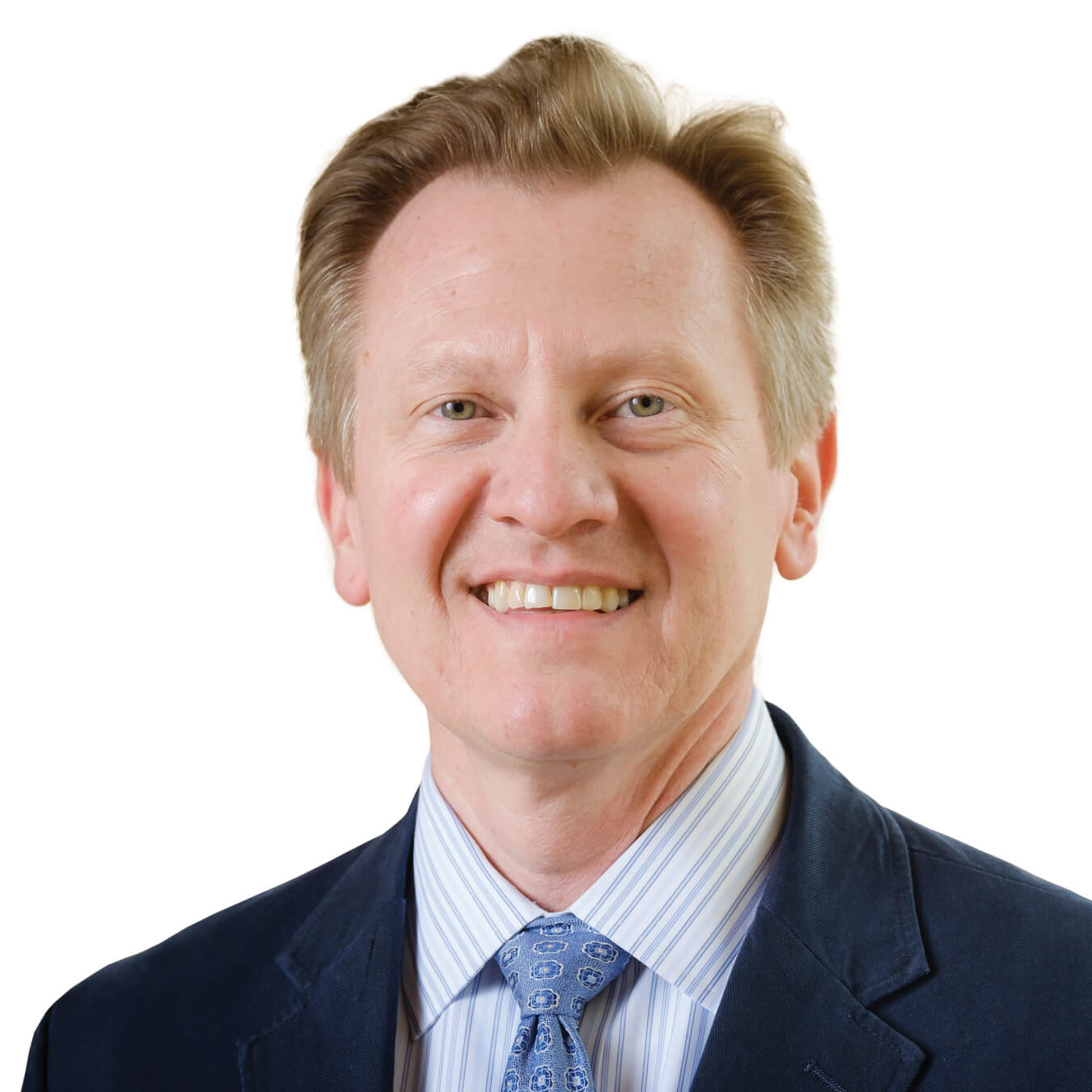 Dr. James R. Otteson is the Thomas W. Smith presidential chair in business ethics, professor of economics, and executive director of Eudaimonia Institute at Wake Forest University. The author of six books, Otteson serves as an associate editor for The Independent Review and as a senior editor of Political Economy of the Carolinas. He is also a senior fellow at the BB&T Center for the Study of Capitalism, a research professor at the University of Arizona, and a vice president and executive committee member of the Association of Private Enterprise Education. A magna cum laude graduate of the University of Notre Dame, Otteson received his Ph.D. in philosophy from the University of Chicago.

The center will be building on the successes of 2019, a year in which it led the fight against the divisive ideology of identity politics. Simon Center Director David Azerrad kicked off the year with a First Principles essay on “The Promises and Perils of Identity Politics.” The University of London’s Eric Kaufmann called it “an incisive, deeply researched essay which skewers the dominant New Left ideology.”

He followed up with “Smirking While White,” a well-received analysis of the “Covington kids” debacle published in The American Mind. That essay led to appearances on “Tucker Carlson Tonight” and “The Ingraham Angle.”

In October, Arthur Milikh responded forcefully to the 1619 Project—the New York Times’ attempt to canonize identity politics in America’s classrooms. Based on the conceit that “anti-black racism runs in the very DNA of this country,” the project attempts to rewrite history by claiming that “our true founding” dates back to 1619, the year that slavery was first introduced to Virginia—by the British.

In “1776, not 1619,” an essay published in City Journal, Milikh explodes this false narrative, exposing its numerous omissions and distortions of the Founders’ writings and thoughts.

The Simon Center will be even more engaged in battling back against the Times’ insidious attempt to make America’s Founding contemptible in the eyes of America’s schoolchildren. Since its publication in August, the 1619 Project has delivered curriculum resources to more than 3,500 classrooms. Five school systems, including those in Chicago and Washington, D.C., have reportedly adopted it districtwide. This cannot—and will not—go ignored or uncontested.

The Project Our Nation Needs 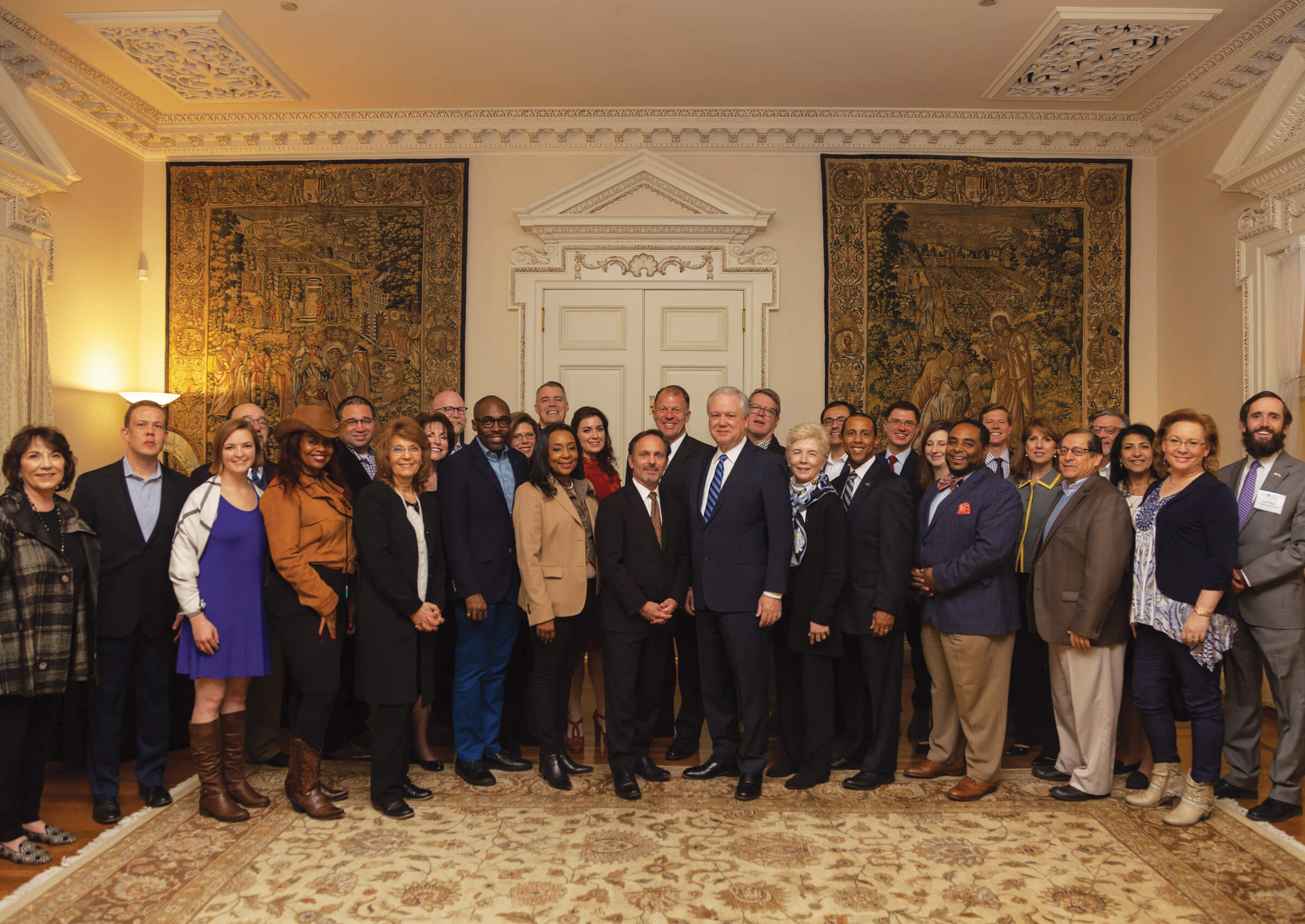 The Innovation Strategy Meeting co-hosted by the El Pomar Foundation held in Colorado. 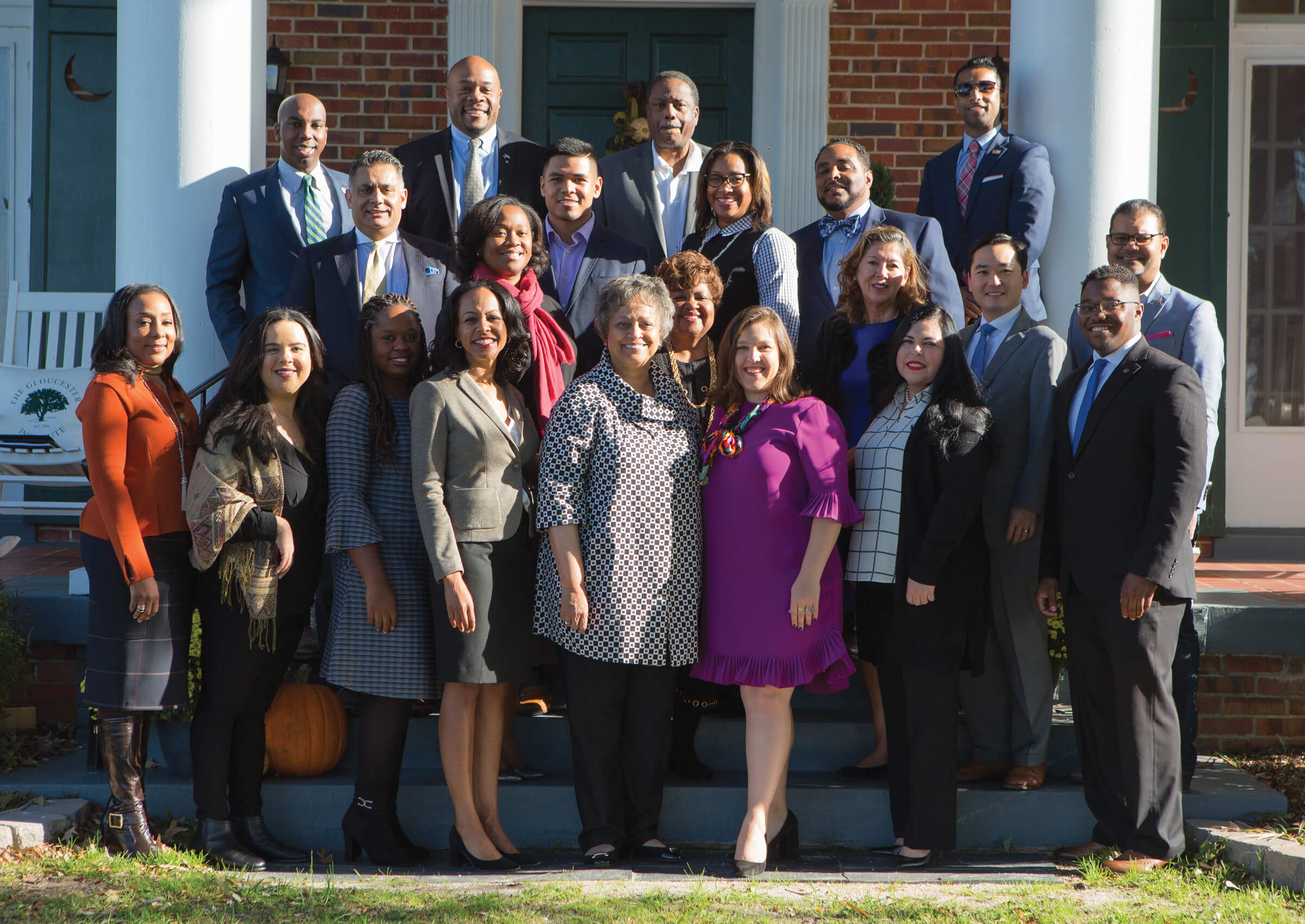 The Citizenship Project held in Virginia.

“Timely, Needed, and Empowering.” That’s how one participant described the inaugural installment of the Feulner Institute’s Citizenship Project. The new initiative aims to bolster civil society’s positive influence on our nation.

The sessions prepared them to effectively counter the bombardment of negative messages about our nation’s founding principles. Unless addressed head-on, this negativity—often peppered with patently untrue “historic facts”—will have a debilitating effect on their communities, undermining faith in America and hope for the future.

The workshop received glowing reviews from participants. “Life changing,” raved one community leader. “Our nation needs this project,” said another.

Leaders from 13 states gathered Nov. 18-20 in Colorado Springs, Colo., for the Feulner Institute’s Innovation Strategy Meeting. At the meeting, which was co-hosted by the El Pomar Foundation, participants shared research and experiences to gain fresh insights on how best to communicate conservative principles to communities where conservatism has never before taken root.